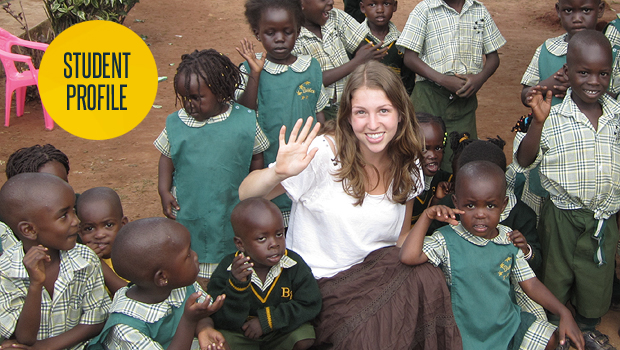 When Zoe Goodman tried to explain to her friends what she would be doing in Uganda for her placement earlier this year, she found it difficult to break it down simply. Weeks after she got her immunization shots and booked her flight tickets, the KONY 2012 video went viral and the story of Joseph Kony’s crimes were widely understood.

As the movement fell off the social media landscape, this fourth-year early childhood education student jetted off to Barlonyo, Northern Uganda. Zoe spent the month of May with Children of Hope Uganda, an organisation that aims to rehabilitate war-affected children with education.

Why did you choose to do your placement in Uganda?

I know the woman who founded Children of Hope Uganda. And the Canadian team has a partnership with it in Uganda, so I was happy to go anywhere.

What does Children of Hope do for these children?

It’s a vocational school for them. For the children who have come back from the war, the children in captivity from Joseph Kony’s Lord’s Resistance Army (LRA). They learn tapestry, beekeeping, a lot of stuff.

These are kids that are generally in their teens, the girls have come back with kids as a result of rape, so I was there to start up a child care centre for these children, the children of the former soldiers.

What was it like when you first went there?

I worked with four teachers, they were in charge of over 200 children, you’d never find that in Canada. There was no building when I came there. It was just a bunch of children under a tree.

How old were the children?

From three to 12-years-old. The 12-year-olds were at the same educational level as the five-year-olds because none of them had been in school before.

How were you welcomed there?

I was the only white person there, they called me ‘mzungu’ whenever they saw me. It’s their word for ‘white person.’ I have blonde hair, and they don’t have blond hair there, so they’d always touch my hair. Even the adults had never seen a white person, they were shocked.

I stayed with a family who refused to let me pay at all. So I really only paid for my flight.

How do the people there feel about the video?

Here, we hear a lot of people saying that people in Uganda don’t like the video and they find it’s like exploitation. But anybody I talked to there think it’s the best thing that’s ever happened to their country.

Why do they think that?

While I was in Uganda, Kony’s right hand man, Caesar Acellam, was captured. That wouldn’t have happened if the video hadn’t come out. There weren’t so many people focused on the issue. They think the video is great because before that, people weren’t really talking about it.

Everybody I talked to in Uganda, whether at a grocery store, or someone we visited, everybody’s been affected by it. And they talk about it like it’s nothing.

I met one woman who she told me with a straight face, ‘my brother was captured by Kony and his intestines were cut out of him while he was awake. They cut out his stomach while he was awake, and that’s how he died.’ She told this to me as if it were a tale, I was so shocked. The people there are used to it, it’s been part of their life for so long. It’s really sad. 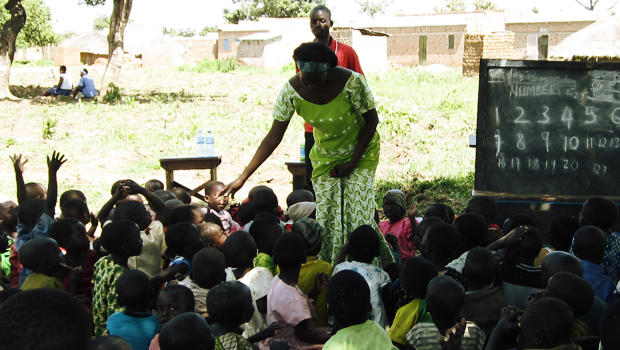 Were you prepared for this?

I’ve never travelled to a third world country before, and I was scared because I’m a really emotional person, I thought I’d probably cry myself to sleep. But the people there are so much happier than we are here. I know it seems weird to say, but they have so fewer issues than we do. They worry about disease and that’s basically it.

Because they know they don’t have money, they don’t know any different. We worry about what we’re going to wear, what to watch on TV, we worry about so many things that they don’t. They worry about surviving. And although it’s a huge worry, they’re way more grateful for everything.

They’re so eager to learn, and I’ve worked with a lot children in North America. But if i ever encountered a kid who was that eager to learn as these kids were, I’d be shocked.

The first day we got notebooks donated, we taught them the letter ‘A’. We wrote it on the chalkboard and ten minutes later, these kids have filled a whole notebook up with the letter ‘A’ because they were so excited they’ve learned something. Ten pages, filled with just ‘A, A, A, A, A’ you don’t see kids that eager here.

What did you learn from that environment?

I’ve had lots of different opportunities to work in classrooms, child centres, and day cares with my program. When you walk into those places here in Canada, it’s covered in posters, decorations. There are so many materials, like blocks, books, and markers.

I walk into this school in Uganda, and they have nothing. The teachers do an equally amazing job, it taught me that all the materials we have, they’re not necessary. We’re just accustomed to thinking that we need them. Teachers over there have no resources and they do an amazing job at teaching – that amazed me.

We live in such a world of excess. We have so many things, we don’t really need, and it leads to more worrying – more things in the classroom for children to break. The kids in Africa, they’re playing outside, kicking around a ball made of banana leaves. The children there are so much more exploratory.

How did you feel when you were about to go home?

I kept thinking like, ‘oh my god I’m going back to Toronto, I’m not going to go shopping anymore, I’m not going to get my nails done’. But I realized that my life in Canada is what I was born into. In my first few days in Uganda, I was like, wow these people go to the washroom in a hole in the ground, I have a toilet. But they don’t know any different because that’s what they have. It’s the same with my life, I’m not going to stop doing things I like, but I am definitely more aware about other parts in the world now and that’s the most important part.

Many of us have seen the KONY 2012 awareness campaign, but few of us have gone to Uganda and work with the children directly. This isn’t a bad thing, according to Zoe, as long as you’re watching something, you’re touched by it, and you tell your friends about it—that awareness is the biggest thing.

She compares her old life in Toronto like having goggles on. Now that she’s actually seen life in other parts of the world – not just through a commercial – she’s aware of how different peoples’ lives can be regardless of the fact we’re living in the same world.

And yet, despite all this. At the end of the day, a kid is still a kid. At preschool-age, children are learning the most. Zoe compares their brain to a sponge. It’s why she went into early childhood education and it’s why it’s so important for kids to have quality care at that age. Even though she couldn’t speak to the kids in Uganda, they were still the kids she knew back in Canada. 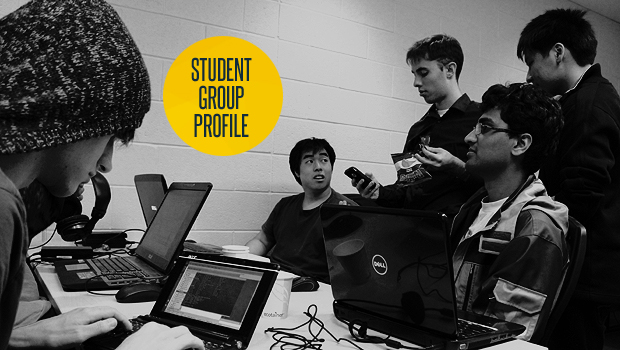 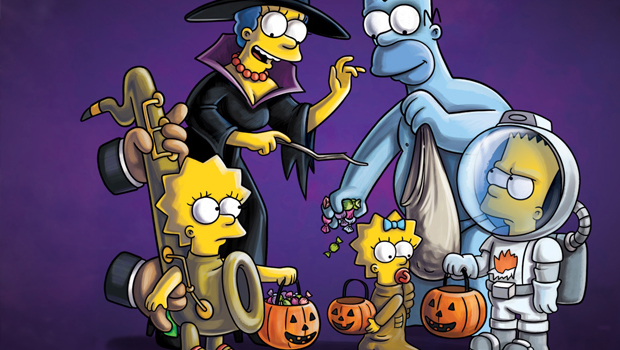 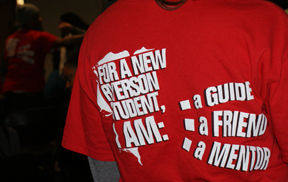 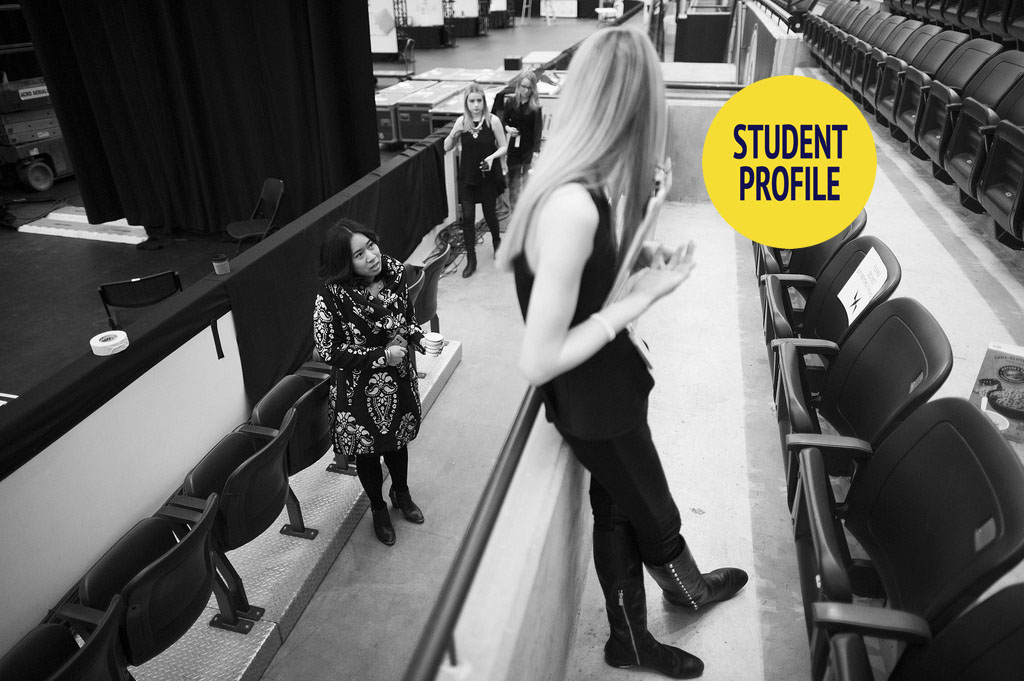 Cathy Nguyen: Being an Individual in University 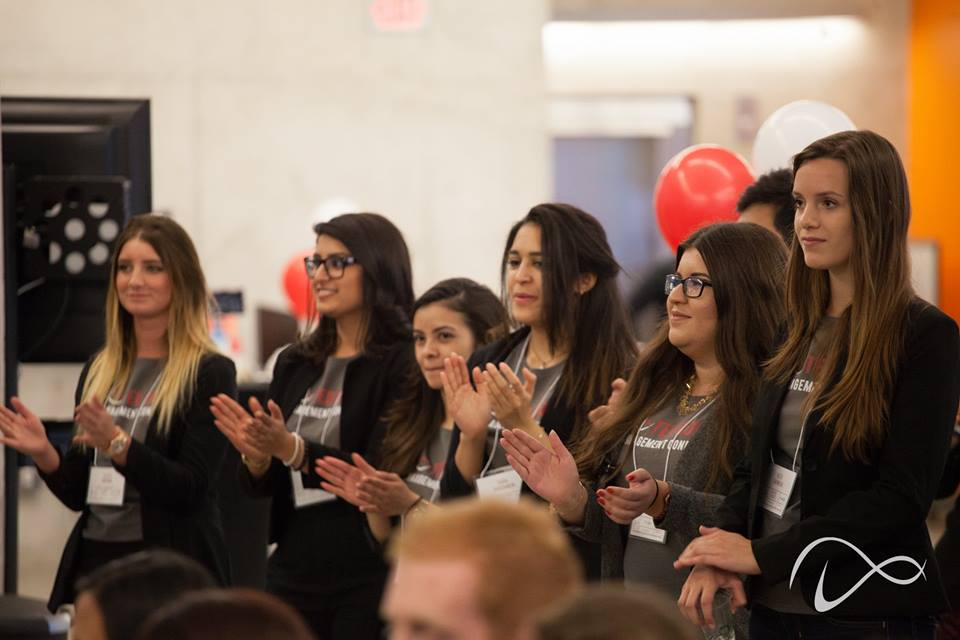 Award Recipients’ Insights: Eliza Brown and Differentiating Yourself From Others