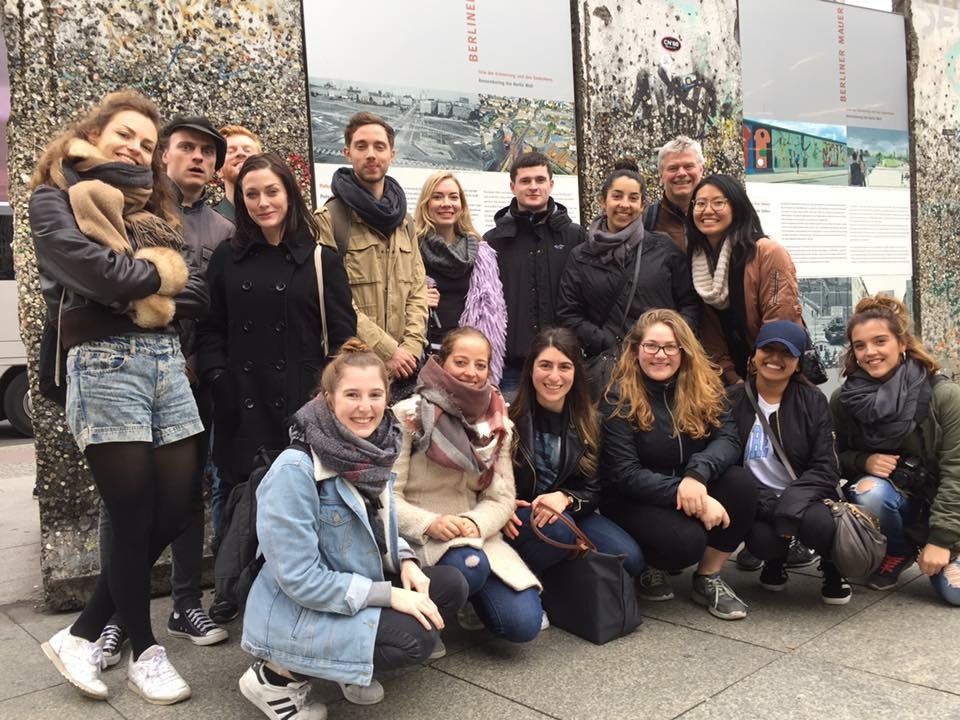 Most people dream of their 21st birthday as a weekend in Vegas, or huge celebration in an another American city, as did I until recently. But I never dreamed I would be spending it in a city I’ve never heard of with people I’ve just met. And it made my birthday that much more special.
I woke up on my birthday to balloons flooding our kitchen table, bloomed tulips in a vase, and lots of chocolate. Serena, my roommate, really knows how to surprise me (which is mostly owed to the chocolates!). We then went for a birthday brunch with our friends Jasmine, who studies in Ottawa, and Nicolette who studies in Florida. We went to what is now one of my favourite brunch spots in Utrecht called Ted’s All Day Brunch. Yes, they do serve brunch all day. After strolling around the city centre, we got ready for the most hyped-up event of the evening, Drake’s second last concert of his tour in Amsterdam. Unfortunately, after waiting for hours in the venue, Drake didn’t show up – which most of you may have heard about.

It was disappointing, but I didn’t feel mad or sad, even since it was my birthday, because I spent it with my friends in my new home, and felt so loved from the birthday messages I received throughout the day.

And I have to say that one of the perks of having your birthday on exchange is the time difference. I celebrated from the moment it hit midnight in the Netherlands until it was officially over in Toronto. Do the math and that equals to a total of 30 hours of birthday celebration!

The eve of my birthday, Serena and I went deep into the villages of the Netherlands to a town called Kinderdijk to see the Dutch windmills and watch the sunset. We filled our backpacks with baguettes, Dutch cheese, an avocado, stroopwafels, white wine, and chocolate, got on a bus and rode almost two hours to the town. It was refreshing to be away from the city and into the Dutch fields. Everyone was relaxed, active (either riding a bike or walking), and enjoying the purity of the air. It was perfect.

Looking back on the month of March, it was jam-packed to say the least. Between birthdays and school projects, I also went on three weekend trips: Copenhagen, Milan, and Berlin. All three cities are so different from one another, both in terms of lifestyle and weather. Going from 20 degrees in Italy to 0 degrees in Denmark with only two days in between took a toll on my body but I’m surprised I haven’t caught some sort of cold yet (hopefully this doesn’t jinx it). And Berlin was one of the best trip’s I’ve ever been on because it was with my classmates for two of our classes. We created memories together and explored one of my favourite cities ever. However, it challenged me mentally, physically and I had to find a balance with completing my assignments on time while also enjoying each trip.

After seeing more of the Netherlands and having a busy month, I’d like to take it easy for the month of April, focusing on studying for my final term exams, developing story ideas for work and school, and experiencing more of the Dutch culture. It’s easy to get caught up in travelling elsewhere when studying abroad that you forget to see the country you are actually studying in. My fellow RU Abroad blogger Stefanie wrote about this recently, too, about her time in Singapore.

The mottos I set for myself starting my 20th year in a piece I wrote called “The Year of “Bloom:” Turning 20” no longer resonate with me as strongly as they did this time last year. Reading through them, I realized that I really did work through the mottos both naturally and through challenges that have come across during my year, placing me in a spot where I can move those aside and start thinking of new ones. Rather than having five mottos this time however, I want to have one which is to take every moment as a new opportunity. Achieving my goals shouldn’t matter on how much time I have, rather I can base it on how I use that time to accomplish goals.

Reflecting on my 20th year, I’ve accomplished more than I thought I ever would; I worked my first full-time job with a team of talented individuals at Ryerson over the summer which alone was an incredible and life changing experience, I created a magazine, I went to VidCon in LA thanks to RCDS, I moved out of my parents’ house (and across an ocean) for the first time, and so much more. But one thing that hasn’t changed over the past year is the lack of my self-control when it comes to eating chocolate (and being in Europe doesn’t help!). Hopefully this year, I can work on that… maybe.

Janine Maral
Third-year Journalism student at Ryerson University and multimedia storyteller for RU Student Life. I like to spend my free time blogging, on youtube, making guacamole, and listening to podcasts.