Sunita Singh Hans was in our first ever group of #RoadToRyerson bloggers 4 years ago. We followed her journey leading up to Ryerson, through Ryerson, and now that she’s on her #RoadFROMRyerson, she is sharing what she has learned along the way. To see her old blogs and videos, click here.

If you asked me who I was four years ago, I would have said an overly emotional Irish fangirl who just moved to Toronto in the hope of becoming a TV producer. Now that I’m about to turn 23 and three months away from graduating, on the other side of this whirlwind university experience, my description of myself has become somewhat more complicated. I don’t only aspire to be a TV producer, but so many more things. I haven’t just moved to Toronto, but I’ve made it my second home. I’m still overly emotional but I’m better at keeping it in check (or at least I like to think so). And I’m still a fan of most things…except for goodbyes.

Four years later and my time at Ryerson feels just as surreal as it did back then. In 3 months time, I’ll be attending my very first graduation ceremony (we don’t get those in Ireland until you finish university). Along with my first and last cap and gown comes so many other firsts and lasts. First time I don’t know what the future holds. Last time I’ll ever be that young. First time I’ll have so many of my loved ones in the same country for once. Last time I’ll be with all my friends as university students, wild and uncertain as we’ll ever be. If there’s one thing I do know it’s that I’m not the same shy girl with overly voluminous hair that moved to Toronto in first year. These past four years have changed me in ways I never could have imagined, and along the way I’ve learned lessons that have helped me grow and become someone that’s much more sure of herself and settled (with slightly more settled hair).

When I first came to Toronto as a 19 year old, I was so afraid of feeling too different. Whether it was my accent or my style or my obnoxious obsession with Taylor Swift, I was always afraid to show too much of myself. I wanted so desperately to fit in, but I also wasn’t prepared to let go of the habits that kept me feeling close to home. I was so used to being “the quiet girl” that stayed in on weekends or “the responsible one” that always did the right thing or the “girl who always had a book with her.” I had only ever known these versions of myself, so when I came to university and met people that welcomed me to new experiences I felt completely out of my comfort zone. At first that felt terrifying. Then it felt ok.

And then it was the best feeling in the world. 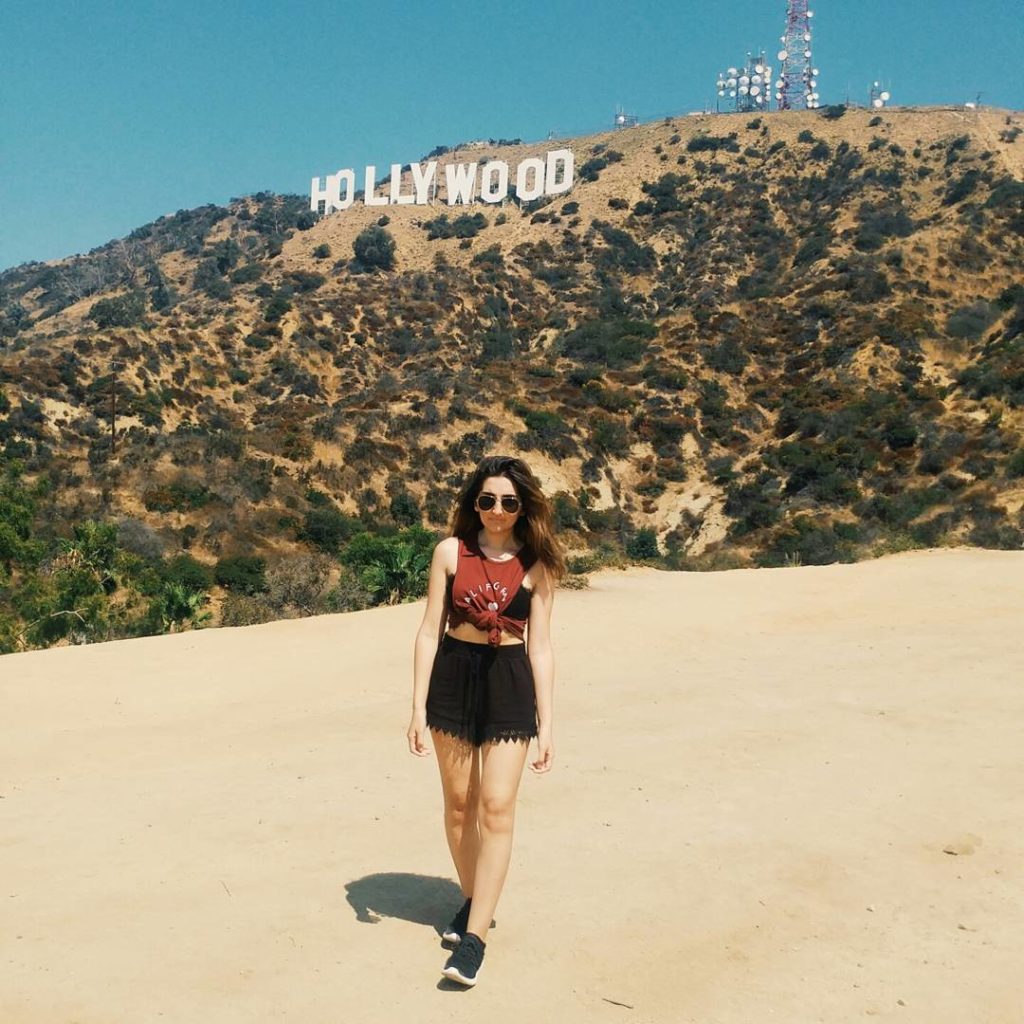 I threw myself into new challenges, such as working as Stage Manager for the Ryerson Musical Theatre company. I went on a last minute trip to New York City for the weekend and realized I had never done anything that spontaneous before. I worked as a storyteller for RU Student Life and learned how to be vulnerable in my writing. I made a music website called Crescendo with a few of my best friends and threw a live event. I got accepted into RTA in LA and had the best two weeks of my life learning about the industry I love and living out my lifelong dream of pitching my own TV show.

There have also been risks I’ve taken that have left me heartbroken. I’ve put myself out there and been braver than ever before and still been rejected. When your feelings are handled so carelessly, it’s painful and exhausting and you might end up second guessing yourself and just how valuable you are. Most of the time you’ll see in the long run why things had to turn out a certain way, and that will make it worth it. But sometimes you don’t ever get the answer you need, but in the midst of all the confusion you have to let go of whatever let you down and hold on tightly to that spark of insane courage you had for 20 seconds. Despite the disappointments, don’t let anyone take away that moment of fearlessness you had. Not even yourself.

If I hadn’t taken risks I would have always stayed the person I thought I should always remain instead of the person I wanted to be. On the other side of some wild adventures, new friends and unforgettable experiences, today I’m someone I never dreamed I could become.

If there’s one thing I’ve learned about being a university student and entering your early twenties, it’s that people are constantly walking in and out of your life. From making the transition with your high school friends into adulthood to meeting countless new people everyday, you’re going to learn who your real friends are and which ones are just meant to have guest starring roles. Looking back on first year, the people in my life were so elusive and friends were ever changing, and it took me a long time to find a group of steady, dependable people that feel like my second family. When it comes to finding friends, just make sure you take your time with it. It took me three years to find my best friends and to realize the kind of people I wanted to surround myself with – the kind of people that check in with how you’re doing and not just what you’re doing, the kind of people that invest as much in you as you do in them, the kind of people that cheer you on and endlessly support you whether you’re going through your worst day or succeeding at every dream you ever had. Deep conversations, unconditional support, random trips to grocery stores in the middle of the night to get junk food and talk about life – these are all qualities that are essential in a best friend, and it doesn’t matter if you have a dozen of them or just one. All that matters is that they make you the best version of yourself. 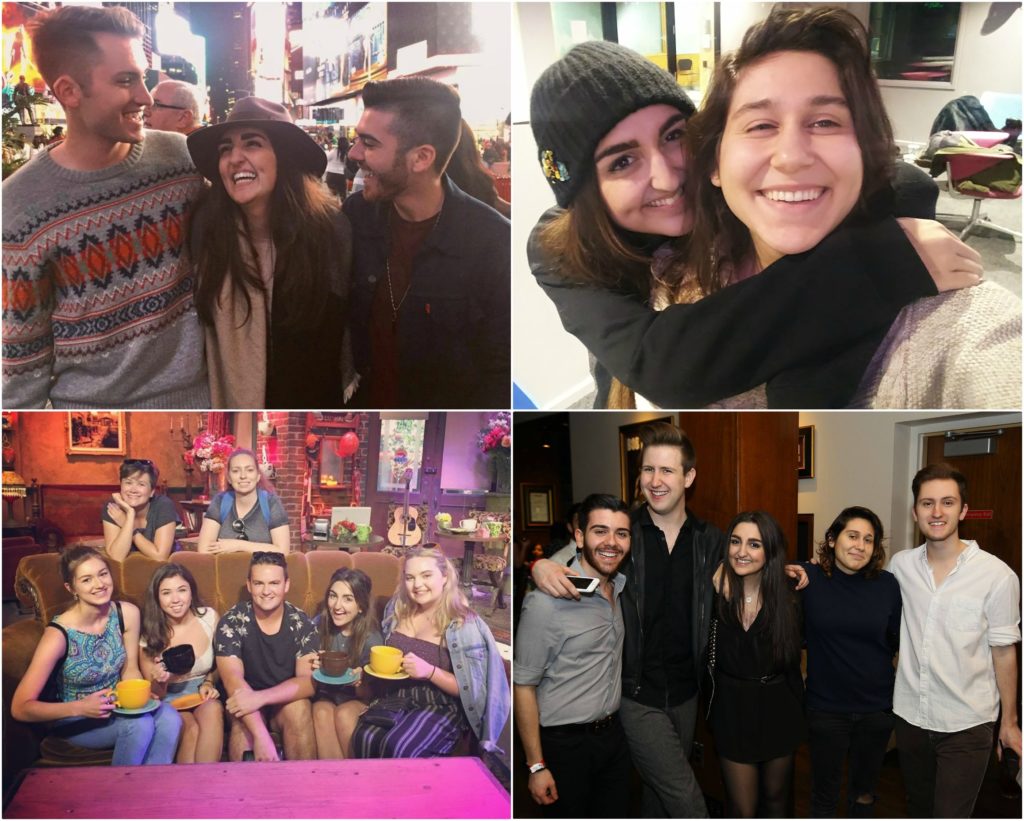 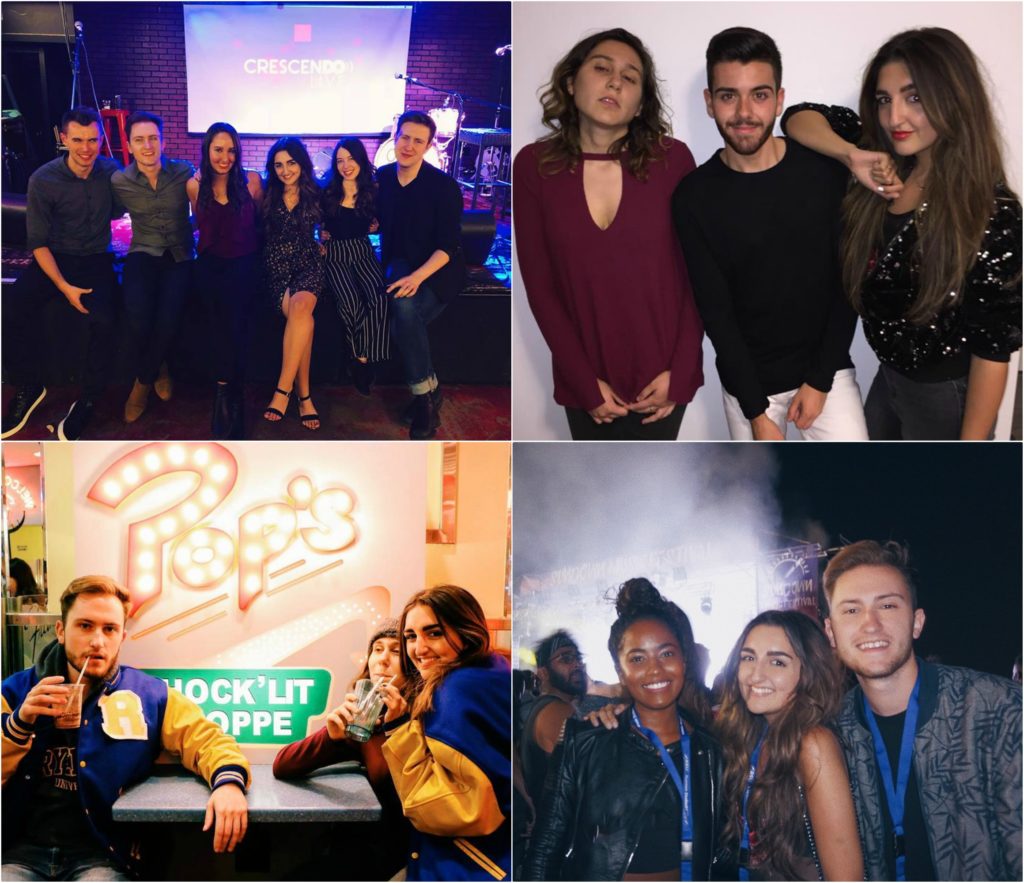 You’re Gonna Find Out Who You Are 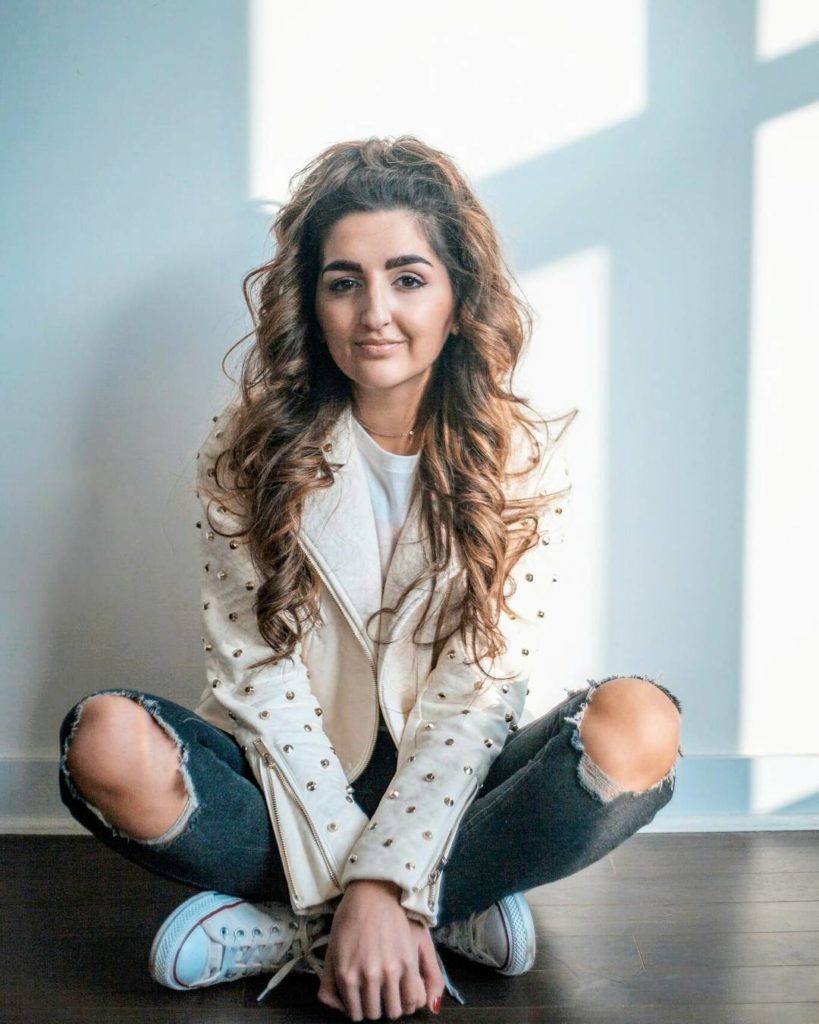 Four years ago I had a hero I don’t have anymore. I had my dreams set in stone and now they’re changing everyday. I had a naiveté that kept me young and a blind optimism that kept me so hopeful, but I’ve never seen the world change as much as I have during my time at Ryerson. It’s important to know that your perception of things will change someday, whether you still have the same dreams you had when you were three years old or you find that you’re a completely different person at 22. You’re going to learn so much about yourself and the world around you and those lessons won’t always be the easiest, but they will be so necessary. Through disappointments and hardships, I’ve felt myself feel things to an extent I didn’t even know I had the capacity to feel, and more than that, I’ve felt myself change into a completely different person. There was a point during the last year especially that I felt like I had lost a huge part of my identity and I had to rebuild from nothing.

During university we often find that our passions and interests are changing and that the world isn’t what we thought it was, but that doesn’t make it any less amazing. You have the right to evolve and change, and sometimes that means changing your mind about people, or your dreams, or even yourself. Living in Toronto for the past four years has made me a lot tougher. I’m a lot more cynical too, but I try not to let it keep me away from the hope that I had when I was younger. That hope is still there, it just belongs to someone that is a lot more aware of the world around her and someone who is more unsure of her career path now more than ever. But that’s ok. The #RoadFromRyerson won’t always be set in stone and despite spending the past four years in a program I absolutely loved, I still haven’t figured out just one career path or life plan. But I figured out who I was, and somehow that means so much more.

Home Is A Feeling

After travelling back and forth from Toronto and Ireland and countless new places in the past four years, I’ve constantly searched for that same feeling I get when I go home. There’s a restlessness I’ve had since I turned 18 and I’ve been desperate for new places and new people, but nothing beats the feeling of going back to my roots in Northern Ireland. During my time at Ryerson, I’ve met the most amazing people, accomplished decade old dreams and had the best experiences of my entire life, but still nothing can compare to the moment I see my parents after months of being away. I’ve learned over the past four years that my definition of home has changed and I no longer have the desperate need to find the same sense of comfort in new faces and new places that I find in Ireland, because I know now I’ll never find that feeling anywhere else. That realization has helped me overcome a lot of homesickness because I’ve also learned that home isn’t necessarily a place. It’s my decade old iPod with all my teen angst music. It’s the framed posters in my childhood bedroom of my favourite TV shows. It’s hugging my parents in the arrivals of Dublin airport. It’s knowing that I’ll see them in three months when I graduate from university. It’s late night talks with my best friends over coffee. It’s my fast paced heartbeat standing in front of my favourite artist at a concert. It’s the invisible yet undeniable support I feel my loved ones give me as I chase these dreams of mine. It’s with me every single day because it’s in the people I love and the person that I’ve always been, and I get to carry that with me on my Road From Ryerson and wherever that journey happens to go.

If I could give you one piece of advice, whether you’re a student or a graduate or just a person that happened to stumble upon this piece, it would be this: Don’t take any of it for granted, and try not to blink. The past four years of my life have gone by way too fast and I realized just how important it is to show the people in my life how much they mean to me and to love them hard. I learned to take in every single amazing, heartbreaking, unbelievable and wonderful moment of my Ryerson experience.

But the memories always will. 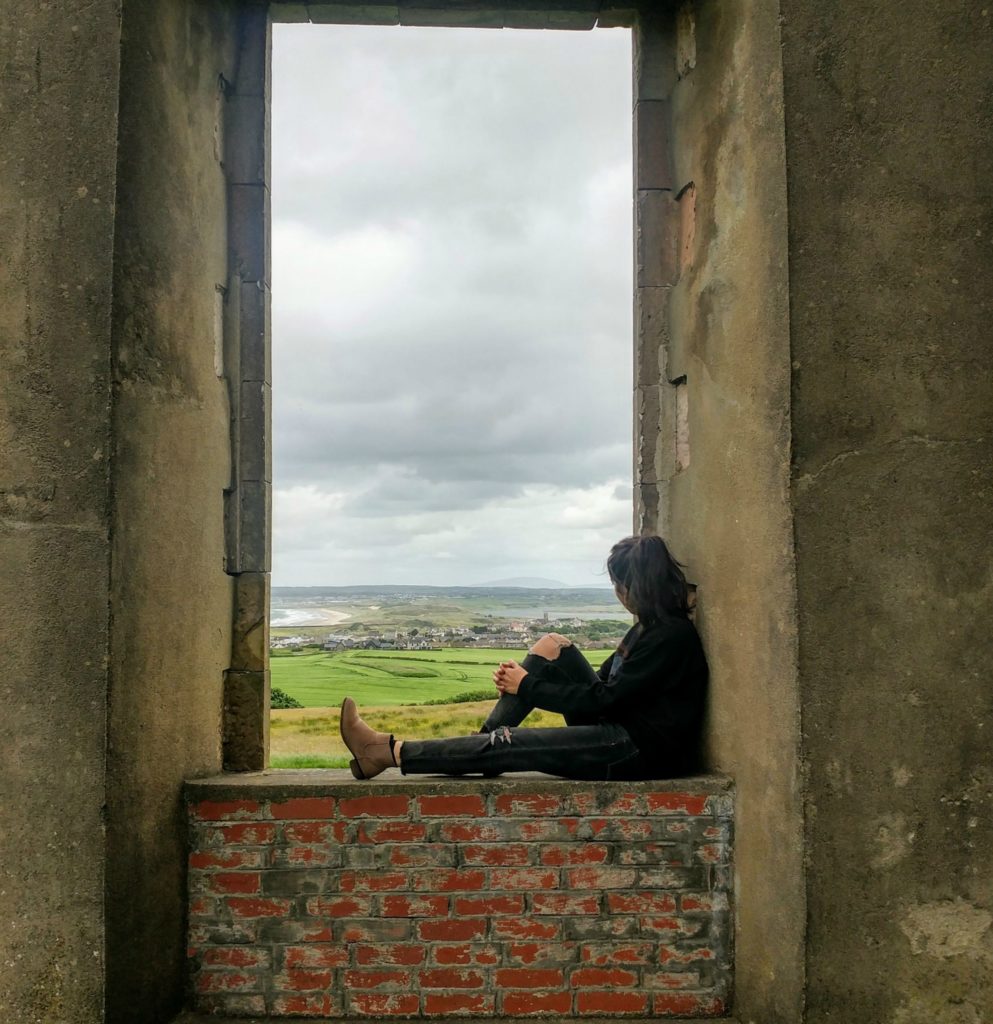 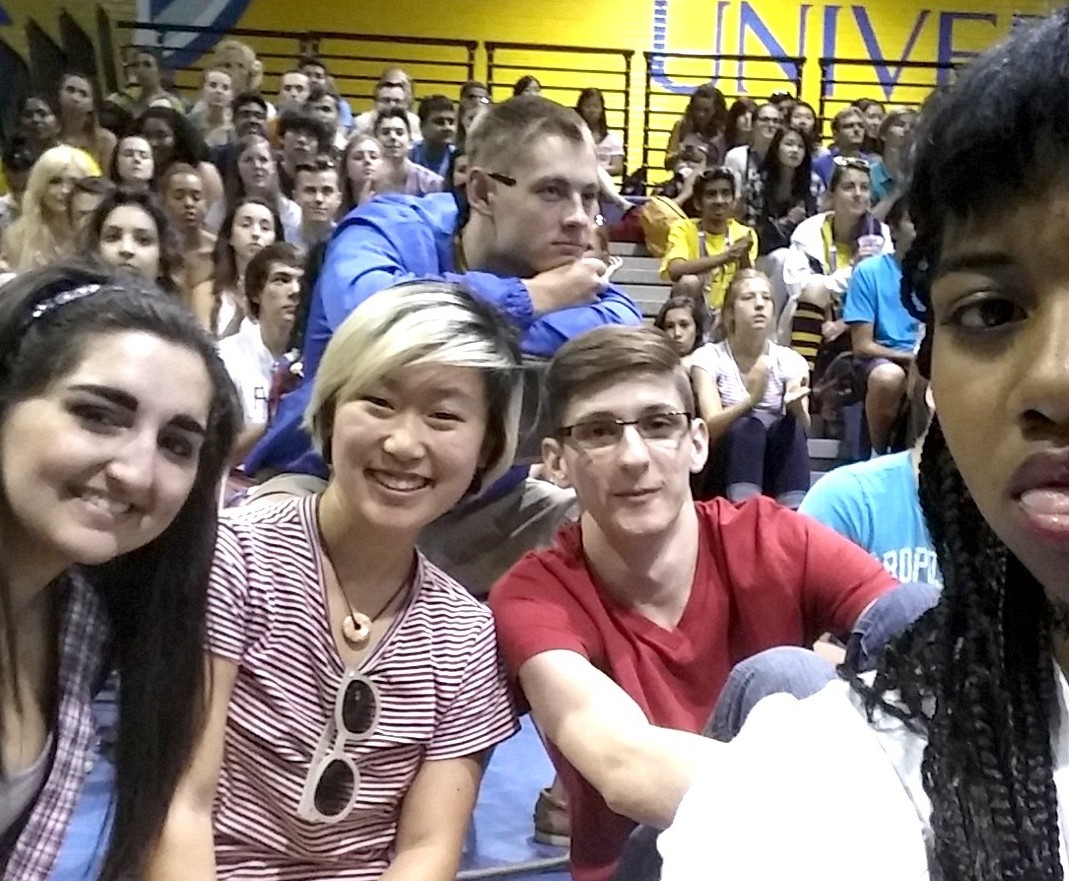 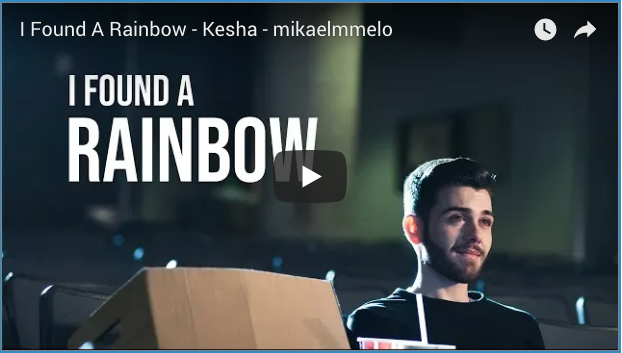 MIKAEL MELO | Packing My Life in a Box

The Career Centre Helped Me Get Started on my Professional Path