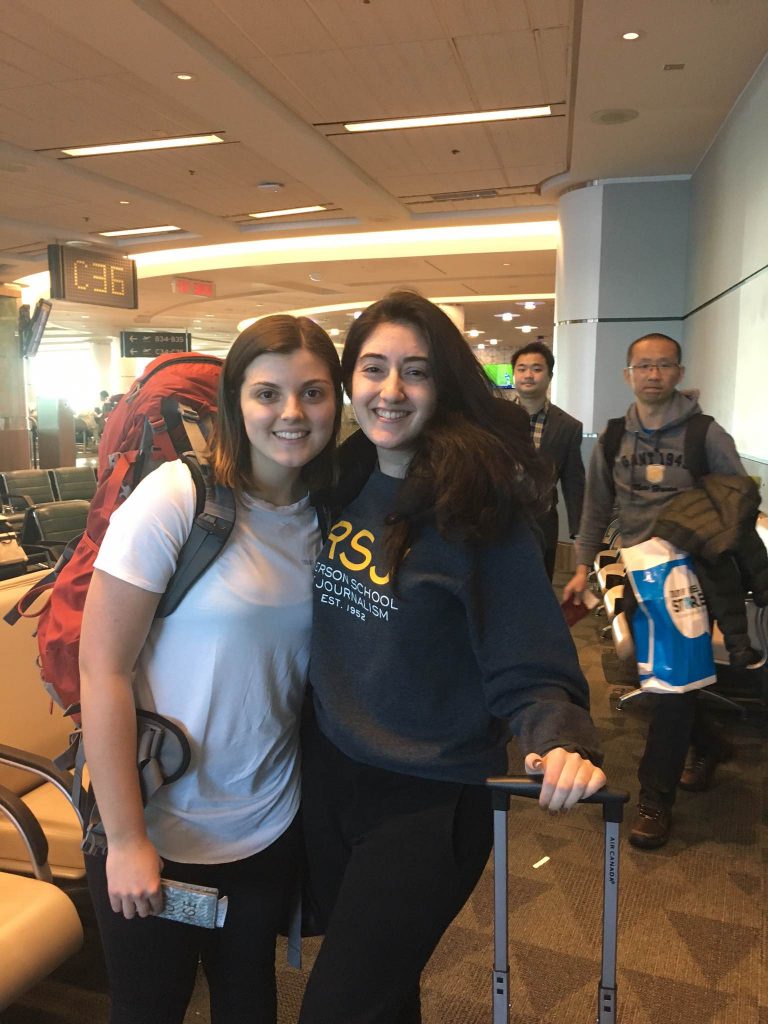 Walking down Nanyang Drive, beads of sweat pooled along my hairline as I passed the same building for the third time. I was lost and late trying to find the orientation room for inbound exchange students at Nanyang Technological University. I finally gave in and decided to use Google Maps. I was still fifteen minutes away and I had already been walking around for half an hour.  Up a flight of stairs and across an unfamiliar bridge, I finally found the lecture hall I had been looking for. Sitting down in the back row, I felt relieved by the rush of air conditioning in the room – at least that’s something familiar.

Before I sat down in the lecture hall with 500 exchange students from around the world, I had been travelling for four days. It all started around noon on New Year’s Day in Pearson Airport. I hugged my family goodbye and made my way through all of the checkpoints until I was sitting on my plane to Shanghai.

Thirteen hours later we landed in the smog-filled city and checked into a small hotel for the night. To kill our 13-hour layover my travel partner and friend, Dana and I decided to explore the city and buy some food. Little did we know everything in the city was about to close. At 10 p.m., storefronts and restaurants started locking their doors, but we were still wandering around looking for a good place to have dinner.

Feeling discouraged by all of the closed shops we told ourselves if there wasn’t food down the next street we would give up. Fortunately, it was there that we found three options. We chose the one with a woman outside persuading us to come in and we ordered Shanghai noodles with bok choy. Back at the hotel we laid in bed forcing ourselves to fall asleep. It was bedtime in Shanghai but only morning in Toronto. “Tomorrow we will be at school and settled into our new home,” we thought as we drifted in and out of sleep.

The next morning, the smog in Shanghai was frightening, cars driving on the street could barely see the headlights in front of them and we could barely see out of our hotel window. To no surprise, our flight was delayed, so when we landed in Changi Airport in Singapore we were three hours late to check into residence.

A little women sitting behind a counter marked, “Reservations” scanned her computer for a cheap hotel – we told her we didn’t want to spend more than $100 dollars for the night. She came up with a modest room in Little India and we took it. After walking around and eating some oranges we called it a night. “Tomorrow we will be at school, settled into our new home,” we thought once again. But this time it seemed more like a plea than a statement.

Sitting in the taxi going from our pit stop in Little India to our school 20 minutes away, the energy and excitement started to build up. Even though I had only slept a total of 15 hours in the past three days I had no time to be tired. When the cab pulled up to my residence I hopped out with my two luggage bags and two backpacks and strapped everything tightly to my body and climbed the first flight of stairs. “A short walk to the administration office and I’ll be there,” I thought.

One muddy hill, two hallways and multiple flights of stairs later, I was in my room. Thankfully a local Singaporean student offered to help me along the way or I think I would still be stuck on that muddy hill with all of my bags.

I flopped on my bed in my new, spacious and bright room to call home. My parents were glad to hear my voice and I was glad to hear theirs, too. I sat up and smiled; even though I was exhausted, drenched in sweat, and alone, I was happy to have made it through my unpredictable four days of travel. I opened up the curtains and watched on as the local students walked around outside my hall. Soon enough I would be walking around with direction and purpose like them, but until then I’m going to enjoy getting lost and being delayed because even though it took me four days to get here I had fun doing it.

People don’t realize that travel is not the picture-perfect utopia that we make it out to be on social media. Sometimes it can be rough and raw but it shapes our souls more than anything else in life. So I’m glad the flight was 13 hours, I love that we ate Shanghai noodles at the first open place we found and I can’t wait to stay in an unexpected hotel again, because sometimes we need to be turned upside down.

But I didn’t have more time to reflect because I had to leave for my orientation and I had no idea how to get there.

adventuredelayexploreSingaporetravel
Previous ArticleHow to Help Someone Who Is Thinking about Suicide (SAFEtalk)Next Article#RULifeHack: 5 Winter Survival Tips for Commuter Students

Stefanie Phillips
You guys can call me Stef. I'm a writer from Toronto currently studying journalism here at Ryerson. My hobbies include searching for the best vegetarian restaurants, binge watching Girls and finding the adventure in any situation.