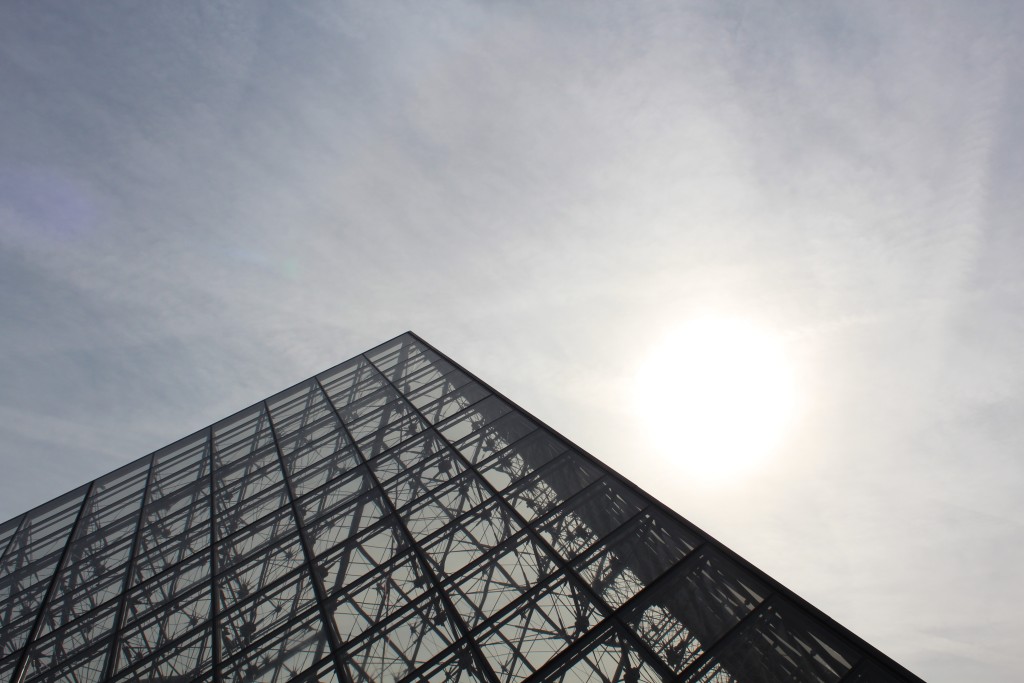 I’ve never really understood religion. To me, it’s an odd concept that a higher being created the world and everyone in it. From what I have seen, regardless of which religion one follows, there seems to be one common thread (to my knowledge): death is not the end. Even science agrees, saying that matter/energy cannot be created or destroyed, merely transformed. I guess I see religion as a tool from which one manages their grief, being assured that there’s more to life than death; but regardless I’ve never felt religious.

It’s easy to see how religion is important to people due to its physical manifestations. If I thought Canada had nice churches, synagogues, mosques, temples, etc… I was wrong. Any church in Europe easily dwarfs them. Seeing as the countries I’ve visited in Europe so far have been predominantly and historically Christian, this is what I’ll focus on. The churches are extravagant, to say the least. For an institution that considers gluttony a sin, European churches sure are visual overindulgence. Fortunes that probably could’ve been spent helping the poor, and making a better society were instead spent on gold encrusted figures of Jesus. And not just one Jesus: he’s everywhere. It’s like the medieval big brother, always watching. There’s so much decadence it’s no wonder the French revolted.

Paris is the most lavish city I have ever been to. Most cities have a castle, or a palace, or maybe even a fancy church, but Paris has at least three of each. Every single road, alley, and corner of Paris is stunning, and the city itself stretches as far as the eye can see. Not only is it beautiful, it even smells good. Like cigars, sweets, and bread. I wish I had tried harder in school to learn French because I want to be Parisian. Apparently, so does the rest of the world because, wow, there were throngs of tourists. I don’t think I’ve seen so many in a single location… ever; and, to my knowledge, it wasn’t even tourist season. The line to get up the Eiffel Tower wrapped around in elegant loops that took hours to weave through. Patience is a virtue one requires. Notre Dame and the Sacre Cœur were so packed that the crowd physically pushes you along in a lazy shopping mall shuffle.

Although being a giant maze, the Louvre is one of the most impressive museums in the world. It lives up to its reputation. Prior to going, people kept telling me not to bother seeing La Joconde (the Mona Lisa). It’s apparently a “waste of time”, “really tiny”, and “way too crowded.” To all those people I must now ask: what the hell were you expecting? Here I am imagining the painting to be no larger than a coaster, hidden behind a sea of spectators with a line as long as the Eiffel Tower’s. It’s not small. It’s painting sized, and the room it’s housed in is no more crowded than the rest of the museum. Yes, it’s annoying because everyone stops and tries to snap a picture, but for being a painting, I don’t know what they were expecting. It’s just the Mona Lisa, lifeless on a canvas. Not really the epitome of excitement (and as a matter of fact, I actually think it’s kind of ugly).

Why the Louvre lets people take pictures of the exhibits is beyond me, but c’est la vie. In retrospect, I shouldn’t have even bothered bringing my camera because I guarantee the photos I took are definitely not better than the ones the museum already has. I digress. Just to give you a size estimate, the Louvre is basically a four floored giant U. A couple (American) football fields long, and at least one wide, the Louvre opens towards the Champs D’Elyseé, giving you the perfect view of the Arc de Triomphe and all the ritzy stores in between.

Consumerism on the Champs D’Elyseé

Speaking of which, I’m not an Abercrombie & Fitch fan myself, but the Champs D’Elyseé is the shopping area, so naturally there’s one (along with H&M, Adidas, Starbs, etc). Now I always knew that clothing stores had money, but, how do I describe this? To make matters worse, it’s only one of many shops along the street.

The entrance to Abercrombie is a huge pitch black gold lined gate, with two perfect security guards outside (and by perfect I mean you don’t need to see underneath their three piece fitted suits to know they have abs of steel. Think Abercrombie model without the need for photoshop). So, then you pass underneath the gate and follow a red carpet through hedges as tall as a house, that are perfectly trimmed. You pass another perfect security guard, but this one has got a beautiful Dalmatian sitting at his feet, silently observing everything. By the time you reach the actual building you feel like a pubescent teen who showed up to George Clooney’s wedding in batman sweatpants and that baggy sweater your grandmother gave you for Christmas that you’ve been meaning to get rid of for 10 years. You basically leave your self confidence at the gate. So, you finally make it to the building and go through the enormous doors into the darkness. I mean literal darkness, it’s pitch black in there. Probably because if you could see your reflection your burst into tears. I bet they found that one out the hard way. Your only redemption in this awful place is to put on the clothing being displayed on black marble statues of forgotten gods.

Yet even then you will never truly belong. Always an outsider: the magic of corporate branding. You know that part from The Devil Wears Prada where Emily Blunt turns to Anne Hathaway and says “I’m on this new diet. Well, I don’t eat anything and when I feel like I’m about to faint I eat a cube of cheese. I’m just one stomach flu away from my goal weight.” The Champs D’Elyseé must be what inspired that, because it’s not only Abercrombie that demolishes your self esteem: every single store along that street is designed to guilt you into purchasing their products, because you don’t look good enough, eat well enough, drive a fast enough car etc. You will never be perfect without their help. The worst part is they’re right. Our capitalist society has made materialism the definition of perfection. No matter what, there’s a product that can make you perfect. As difficult as it may be, maybe it’s time for a change?

Justin Anthony
Hello, my name is Justin and I’m a third year arts student. I’m fortunate enough to be moving to Tilburg University for a year in the Netherlands on exchange, so I'm blogging about it for the RU Abroad series!