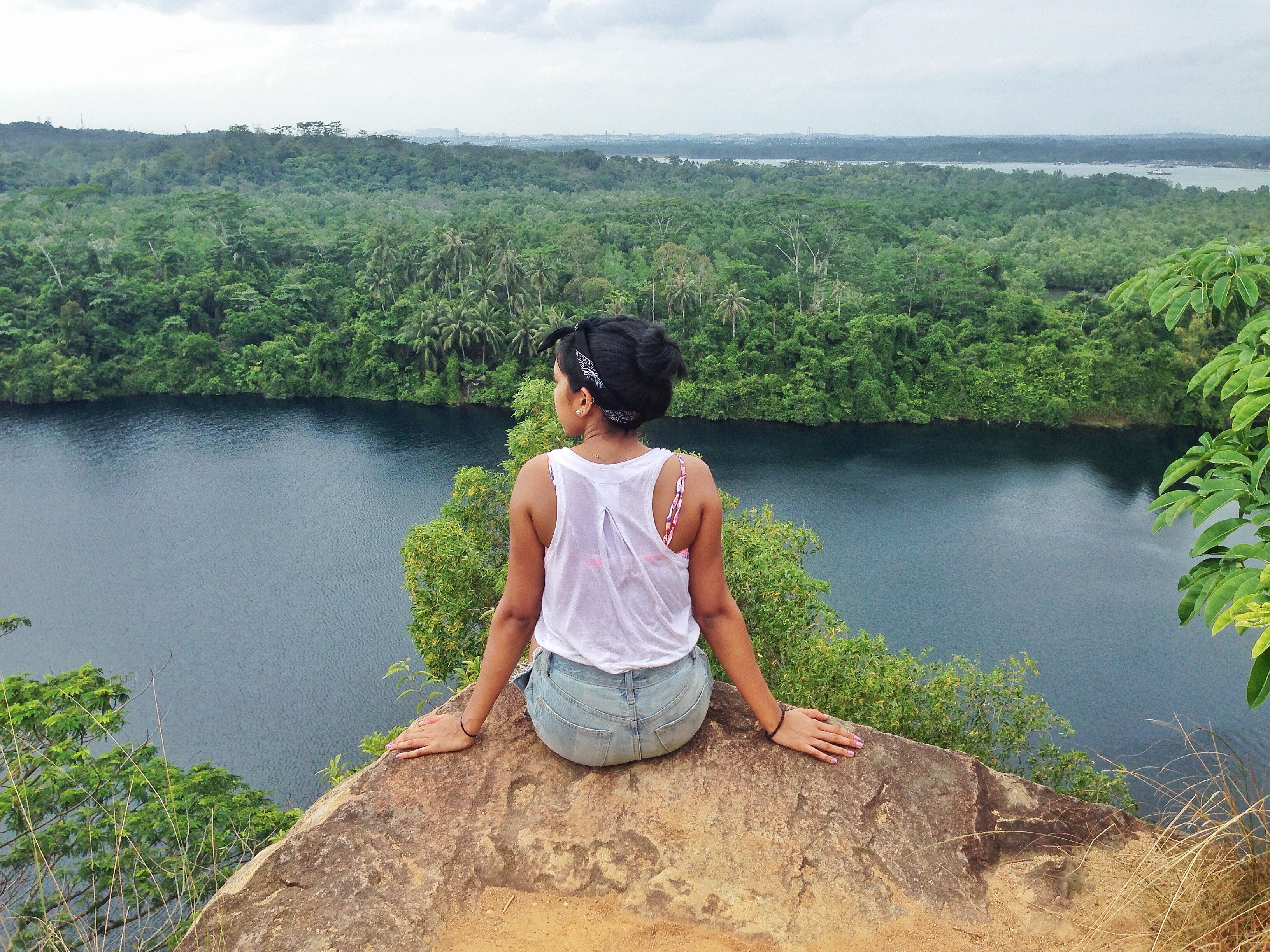 It’s amazing that Singapore is considered such a small Island in comparison to the rest of South Eastern Asia, but I feel like there’s still so much to explore. Living in the country for school definitely gives me a lot of time to do so, but there’s always an internal battle between staying to explore more of Singapore on the weekends, or travelling abroad to explore a new country. In my first month and a half of being here, I think I definitely have had many adventures, one of which includes falling off a mountain bike… (Thankfully I’m all healed now!) But check out the experience leading up to it below, plus a few snip-its from the cultural towns throughout the country:

So I found out that the word Pulau actually means “Island” in the Malay language (one of the 4 national languages of Singapore). Pulau Ubin is a little Island just off the coast of Singapore, but it’s technically still a part of the country. I heard that it was a fun day trip to explore the island on bicycles and go for a swim. So one Saturday morning, myself and 5 other friends decided to take a ferry over and spend the day there. And let me tell you, that was a day I would never forget…

Arriving on the Island, there were a ton of little shops looking to rent out bikes. They seemed like your average bike you would ride on the streets of Toronto back home and it cost about $5 for the day. Considering the Island was huge, walking seemed unreasonable, so we grabbed some bikes and we were off. It was fun visiting some boardwalk areas, and even doing a lot of hiking and trekking through the forests. Some of the views were, honestly, breathtaking. Singapore reminds me a lot of Toronto in the sense that the streets scream busy, hustling bustling city, with a ton of buildings and skyscrapers. The hiking was a really great escape from it all to just breath, relax and take in nature; something I think I don’t do often enough. 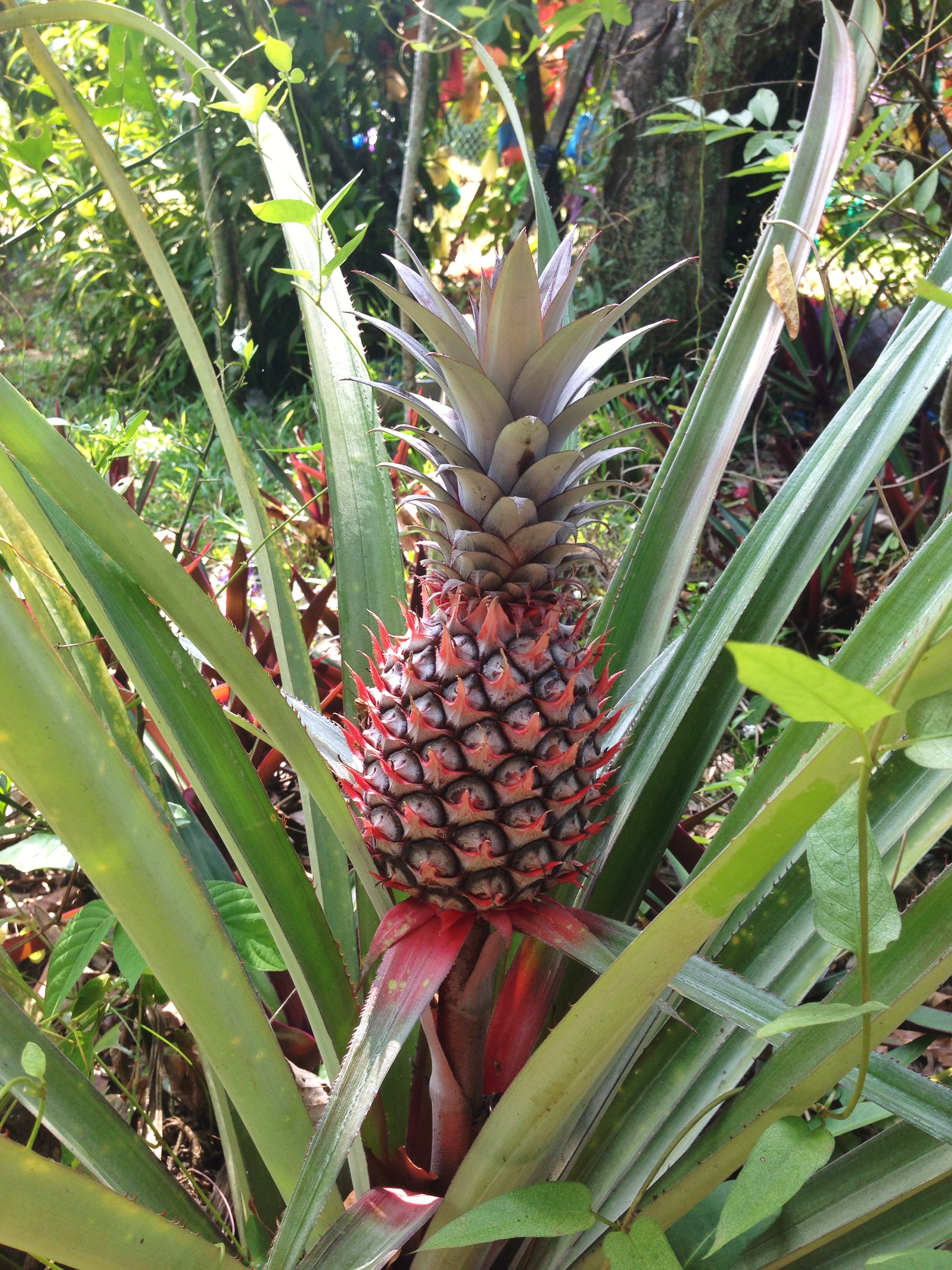 Pineapple is one of my most favourite fruits! But I’ve never seen it being grown on a tree until now… so cool!

After a doing a couple hikes, we decided to try a mountain biking trail. I personally have never done mountain biking in my life, and I am 100% confident the bikes we were given were not meant for mountain biking. Bu, it’s all a part of the adventure – we hopped on an easy trail going upwards on a hill. It was unlike anything I expected with a ton of bumps and rocky trails, but I’m glad I did it. (Although my butt felt really sore after getting up the hill). We had a little snack at the top and then decided it was time to throw in the towel after a long day of biking. So, we hopped back on the bikes and headed back down the trails. I assumed downhill would be easier than uphill because less leg work meant freely cruising down the hills, right? WRONG. There was less leg work but so much more braking to control the speed of my bike. All of a sudden, my bike hit a rock and went off the trail. I pressed the brakes on the handlebars and then… chaos hit. My bike did a 180 degree spin and I was thrown to the side of the trail, followed by my bike crashing on top of me. Everyone turned around and saw me lying on the ground and rushed over. As much as I was kind of laughing about it, deep down inside, I also realized how much pain my leg was in (because I ended up landing on my right thigh and arm). I saw a few cuts on my right arm, which wasn’t too bad. But when I tried to get up, I couldn’t move my right upper leg because of the pain. It felt like an awkward strain or muscle pull. Finally after 15 minutes, my friends helped me to my feet but I was a limping disaster. In short, I ended up sitting on my bike as one of my guy friends pushed me along the whole way back.

When we got back to school, I went to visit a Chinese Medicine doctor on campus. It was a unique experience I had never done before, but it was amazing to see the magic they work. After rubbing a few different oils, they gave me some muscle patches for my leg. Turned out that they thought I had pulled a muscle in my quad. So, thankfully, nothing too intense, but still painful.

Flash forward 2 weeks later with the patches and some good rest, I felt fully healed and back to normal!

Looking back on the experience, I don’t think I have ever ridden a bike for that many hours in a single day: 5 hours of biking, plus climbing and trekking AND falling… Let’s just say that I expected my leg muscles to look really good for the next few days and that I might be staying away from bikes for a while. Just in case… 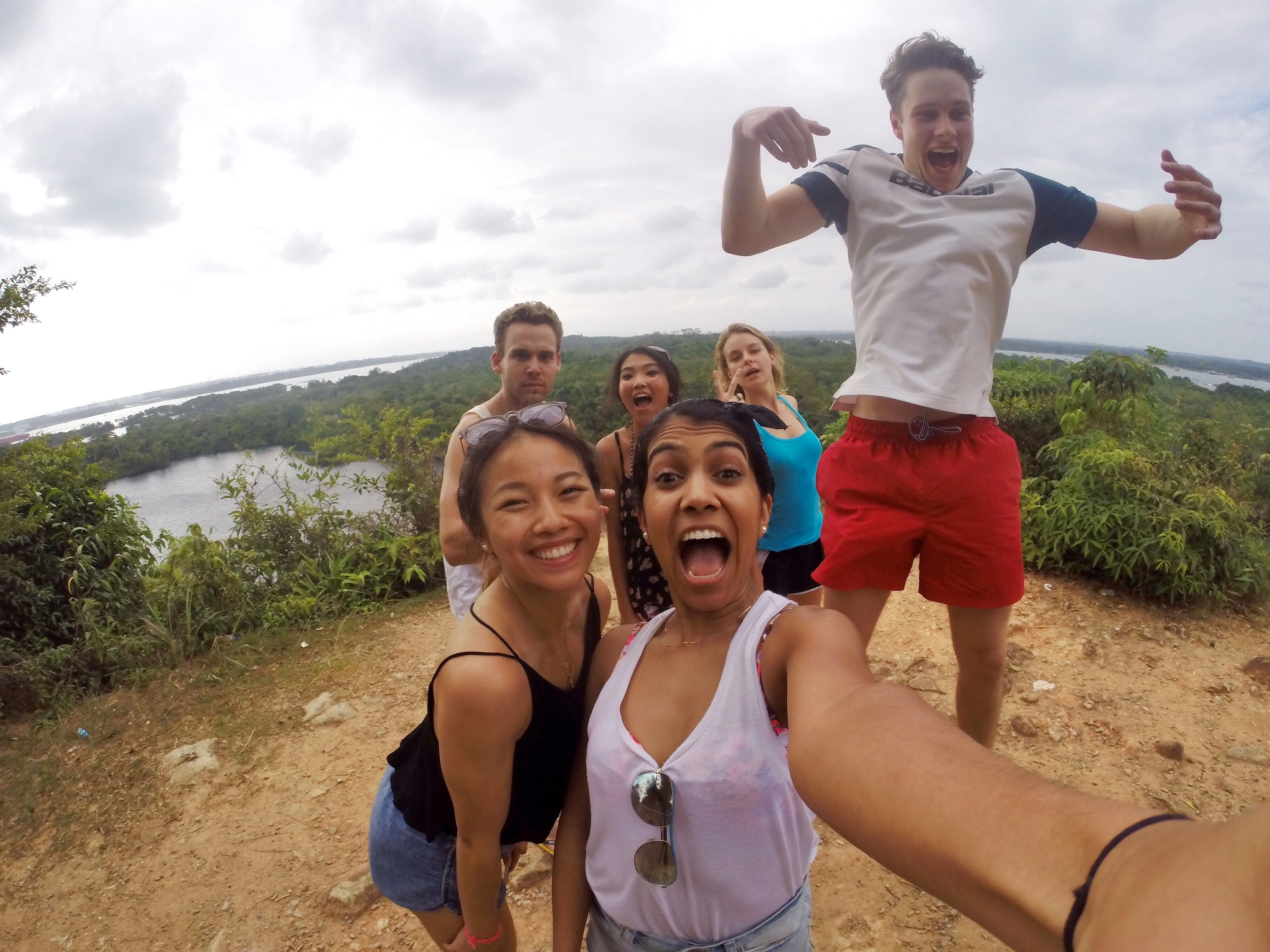 Hanging out at the top of one of the mountains!

Like many countries in the world, Singapore also has miniature culture towns across the country, including Chinatown, Little India, and Kampong Glam (Malaysia Town). Check out my highlights from each of the spots:

Like many Chinatowns worldwide, Singapore’s also features a range of Chinese ethnic cuisines, as well as a mix of Indian and Vegetarian. Little marketplaces and stalls lined the streets and I was able to buy a bunch of Singapore postcards to send back home to friends and family (Except I bought them and wrote them but still have yet to mail them… Ohhh Jasmin…) 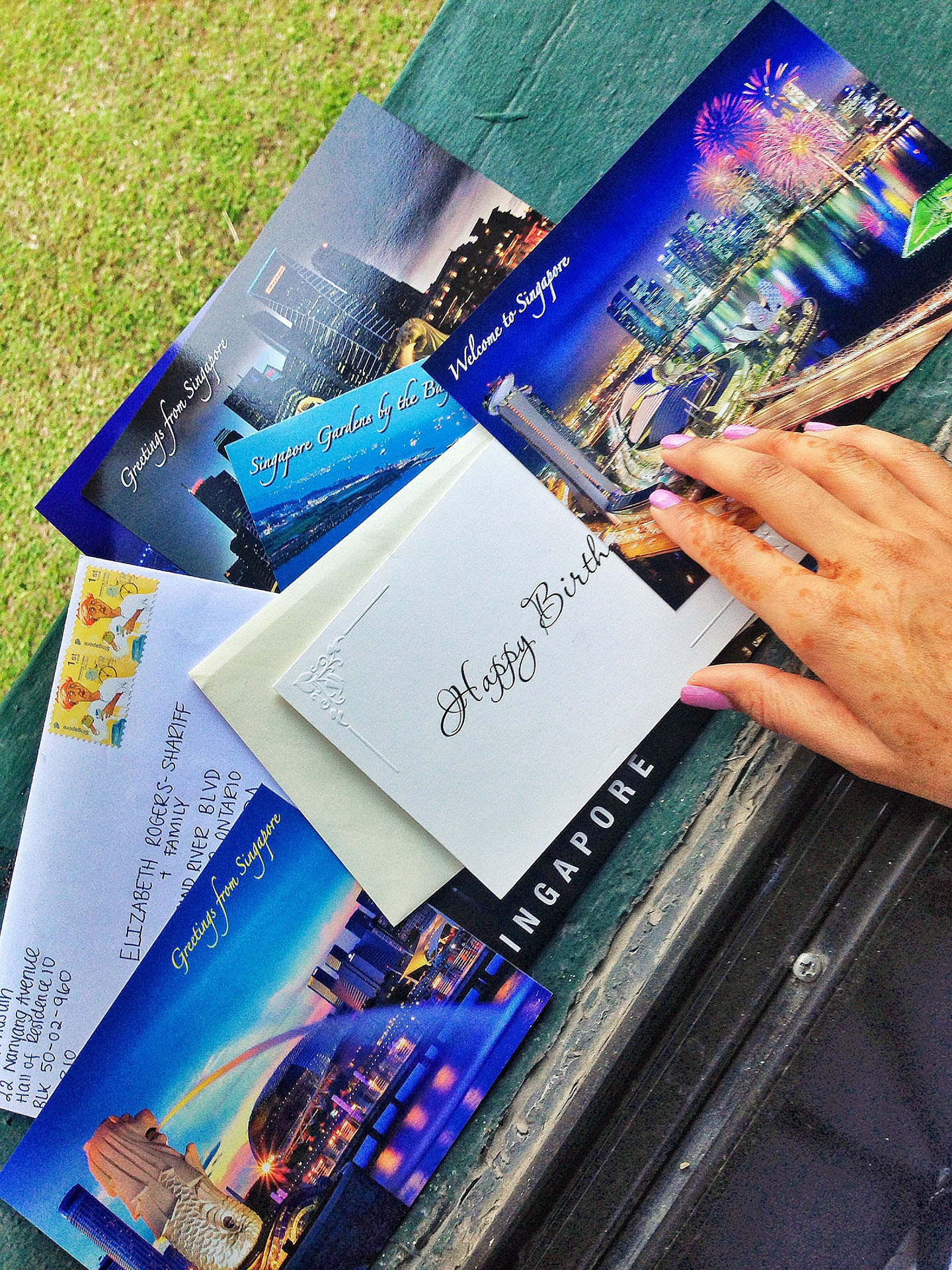 The postcards I need to mail ASAP…

One of the things I really loved about Chinatown was the cultural and religious aspect. There were a few Chinese temples, and I actually got to go inside one of them and try a Chinese form of prayer. How it works is you get an incense stick for the number of people you wish you pray for (I did one for each of my family members), and as they’re burning, you kneel down and ask the Buddha what you wish for each person. I personally am not Buddhist, but I love immersing myself in various cultural experiences; it’s such a mind opener! Definitely a memorable experience in Chinatown. 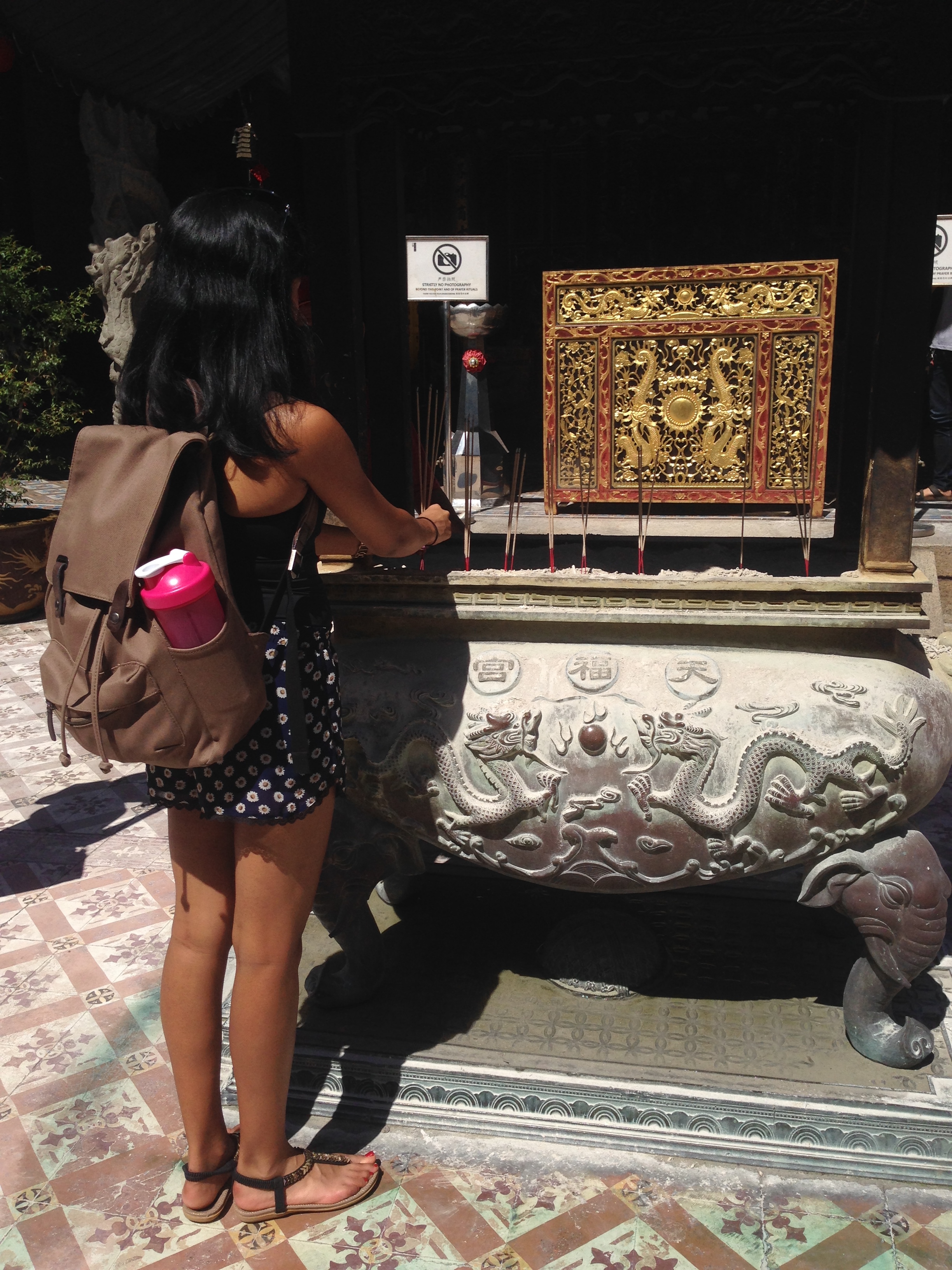 Performing a prayer ritual in a Chinese temple

One of the reasons I loved this town was because it is so unique to Singapore. Kampong Glam is also known as “Malaysia Town” and it was great to try so many unique foods and experiences (P.S. if you haven’t been able to tell, I LOVE food…). The first one was known as “Teh Tarik.” Teh meaning tea and Tarik meaning “pull.” Essentially, pulled milk tea, but served over ice in a bag because the heat in Singapore always calls for a nice cold drink! But something was different about this milk tea than from back home. It may have been the process of making it, or the “pulling”, but it really does have a strong, almost masala like flavour. Very, very good. 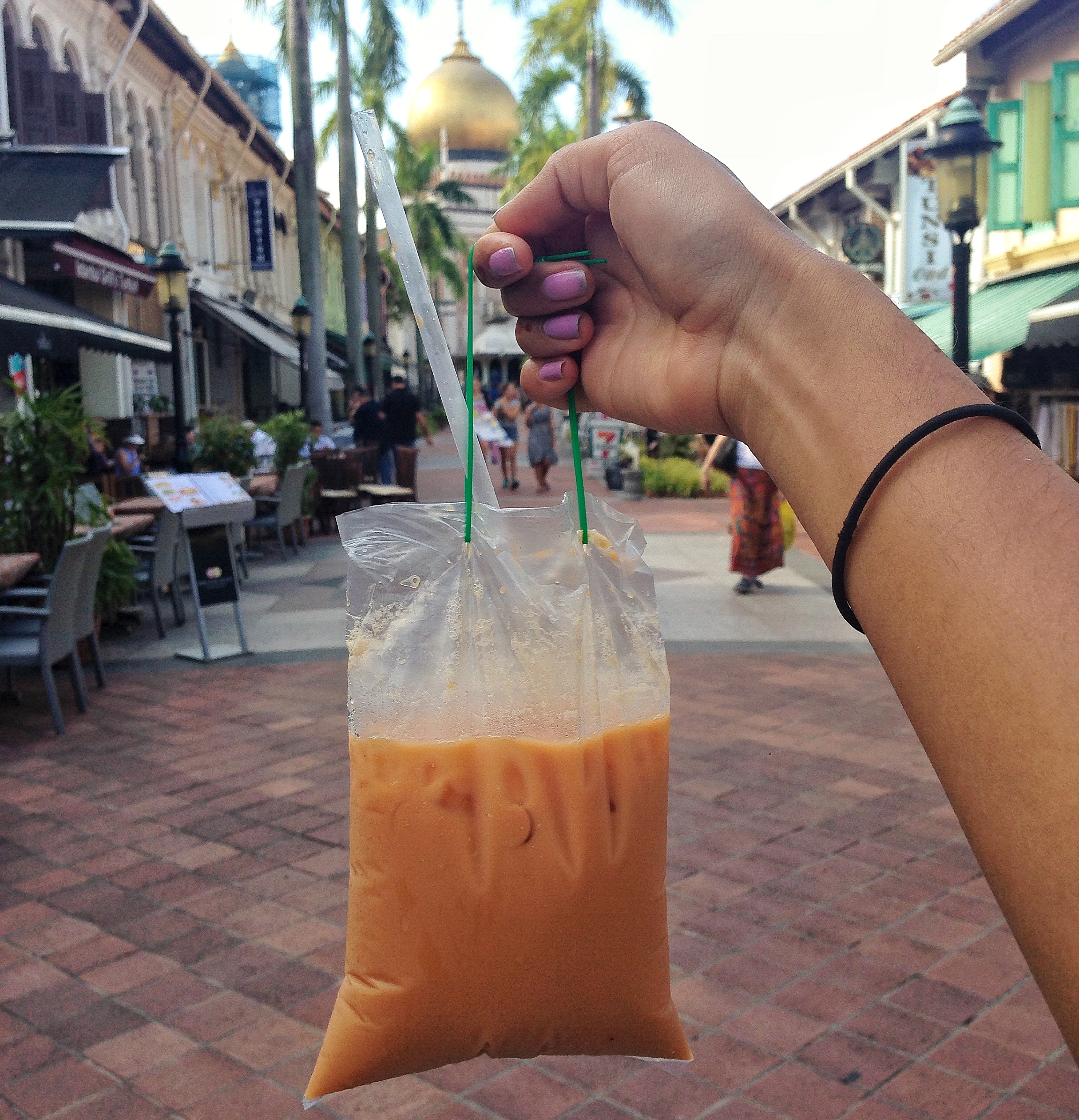 Iced Teh Tarik is served in the cutest to-go bags.

Kampong Glam is home to one of the most famous mosques in Singapore, known commonly as the “Golden Dome” mosque. The people there were the sweetest I’ve ever met and were really welcoming to let us tour and see the inside of the mosque. The architecture was breathtaking AND we even got to see a wedding in the process, which was really cool! 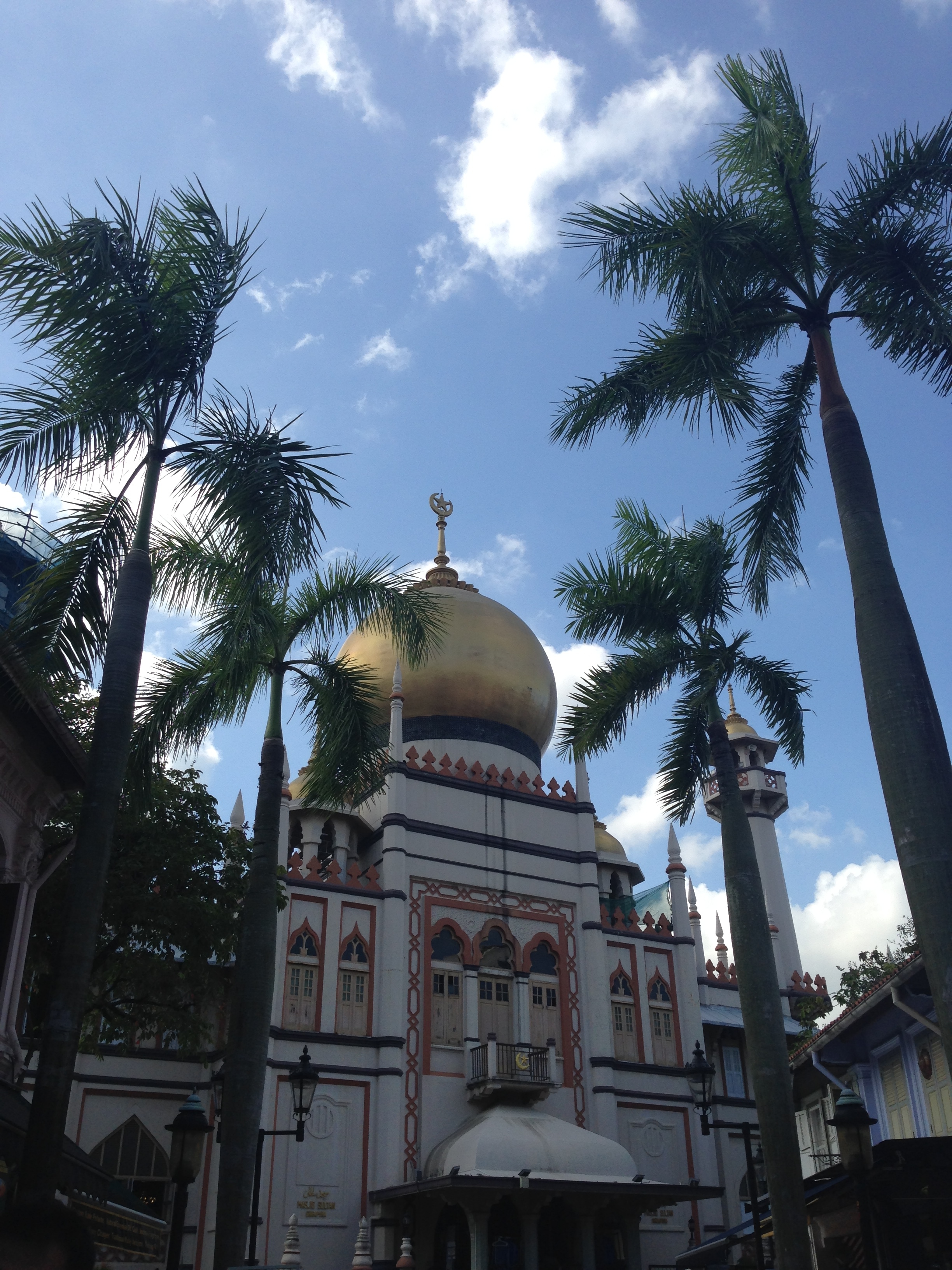 After the mosque, it was time to explore some food!! We found a little restaurant that’s well known for it’s authentic food, and man oh man, it was good! The most interesting food experience I had was eating “Murtabak.” The best way to describe Murtabak, is a large flour dough that’s rolled out and eggs and spices are spread out and rolled onto it. Afterwards, a “filling” is added, which can be anything from chicken, lamb, sardines or plain veggies. It’s then folded up and fried on a hot plate until everything is crispy. Think of a phyllo pastry wrap but with meat and veggies. And then, it’s cut into smaller triangles and served with a curry on the side to dip them in. Super unique and really delicious! I’m determined to find somewhere in Toronto that has Malay cuisine and I encourage you to test it out too! 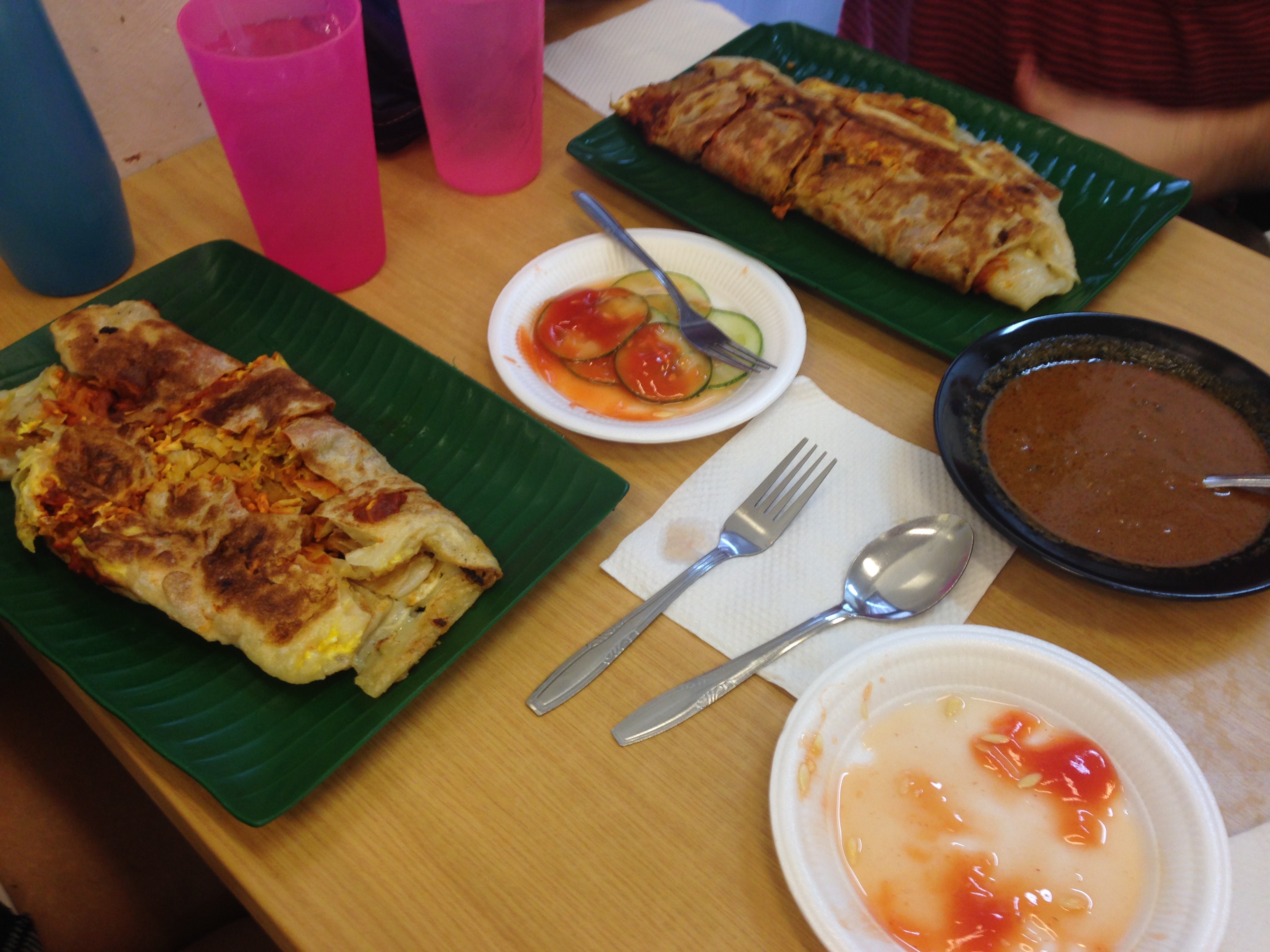 Eating some Murtabak for Lunch

So, I do enjoy eating Indian food back home, especially because butter chicken is on my top 5 favorite foods ever in life. Coming from a Guyanese-Canadian family, my dad loves to experiment with all types of foods and cuisines (he’s also a part time chef!). But, somehow, I still think he can’t nail Indian food as authentically as Little India. 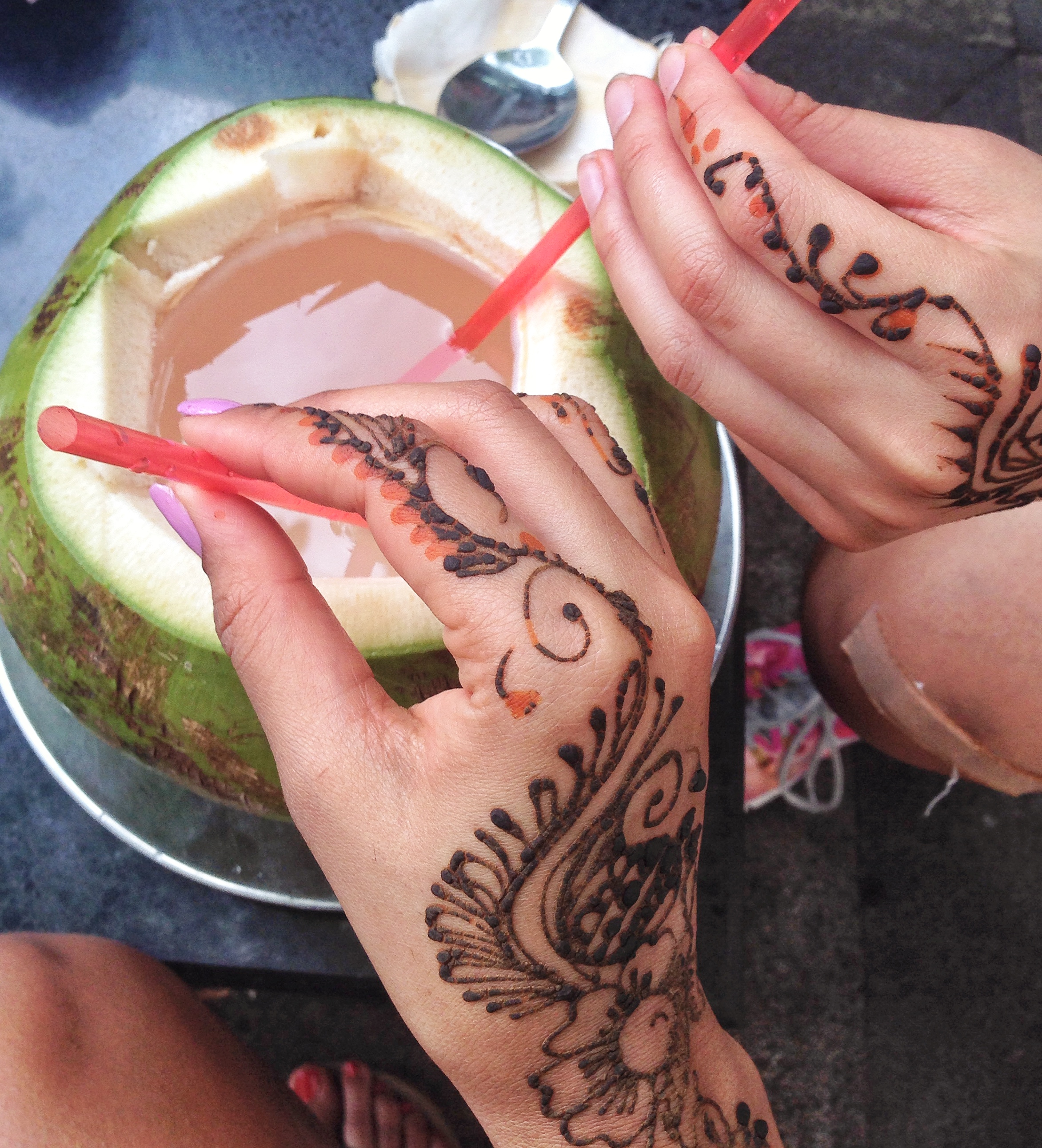 Singapore’s Little India was no exception to the wondrous flavours and tastes of Indian food. After exploring a couple cute shops and marketplaces, we (myself and my friend Katie) sat down at a restaurant called “Banana Leaf Apollo.” UN. REAL. Like zero regrets whatsoever because I think I had the creamiest, most-delicious butter chicken in my life served with a side of garlic naan. It was also amazing because you actually eat off a banana leaf instead of a regular plate. So, you spoon out portions of the food onto your leaf and eat it.  One thing I love about Indian food is the communal feel of sharing dishes and variety of spices and aromas within the food. 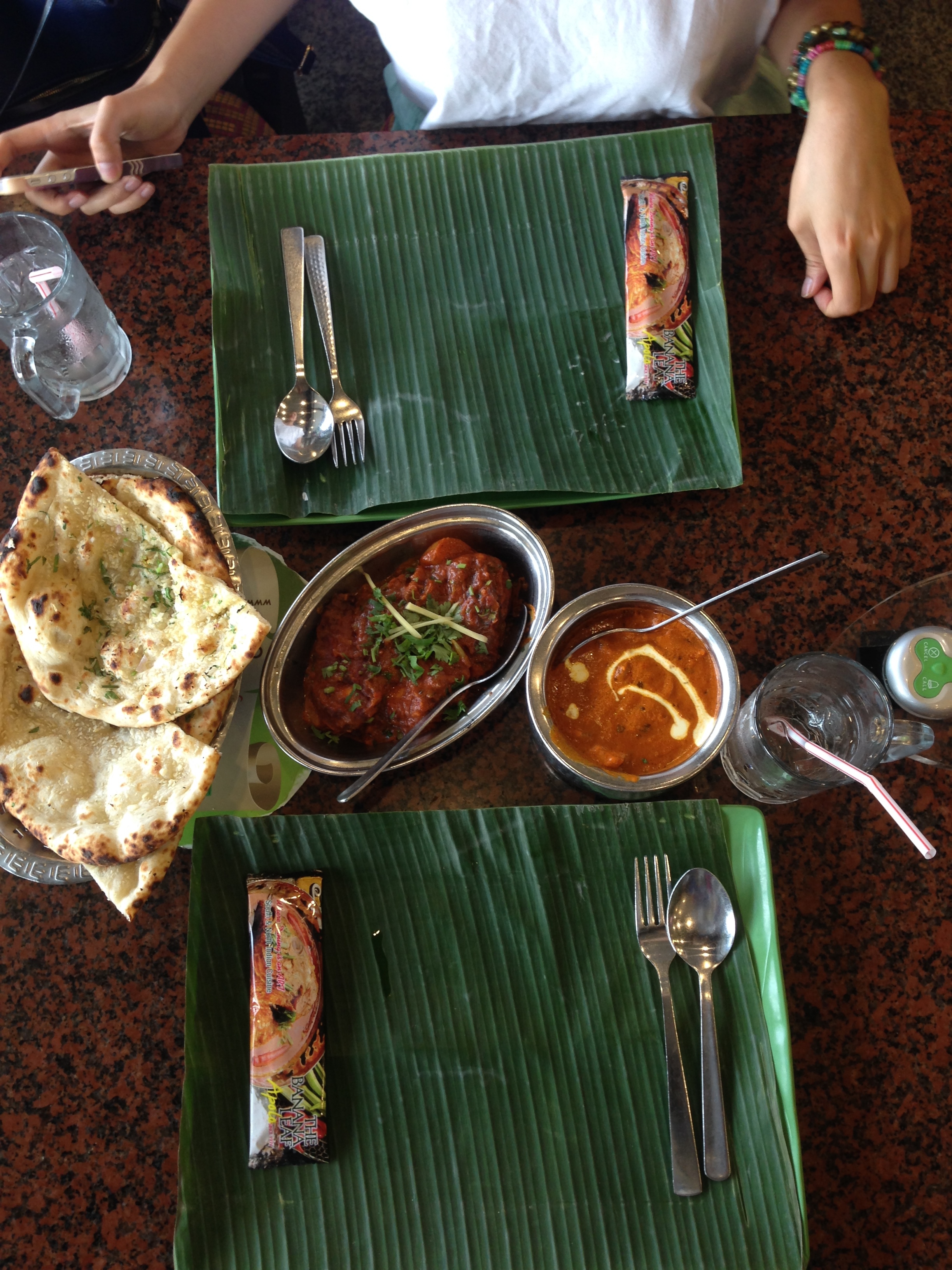 The best butter chicken EVER.

After having lunch, we scoped out a restaurant that was known to have the best “Kulfi” (also known as Indian Ice Cream) in the whole town. Once again, my expectations were COMPLETELY blown away! It was really rich and thick, filled with spices you wouldn’t expect in normal ice cream, like cardamom, cinnamon, and pistachios! (Not kidding I’ve gone back to the restaurant at least 3 more times just to eat Kulfi and then go back to residence HAHA). 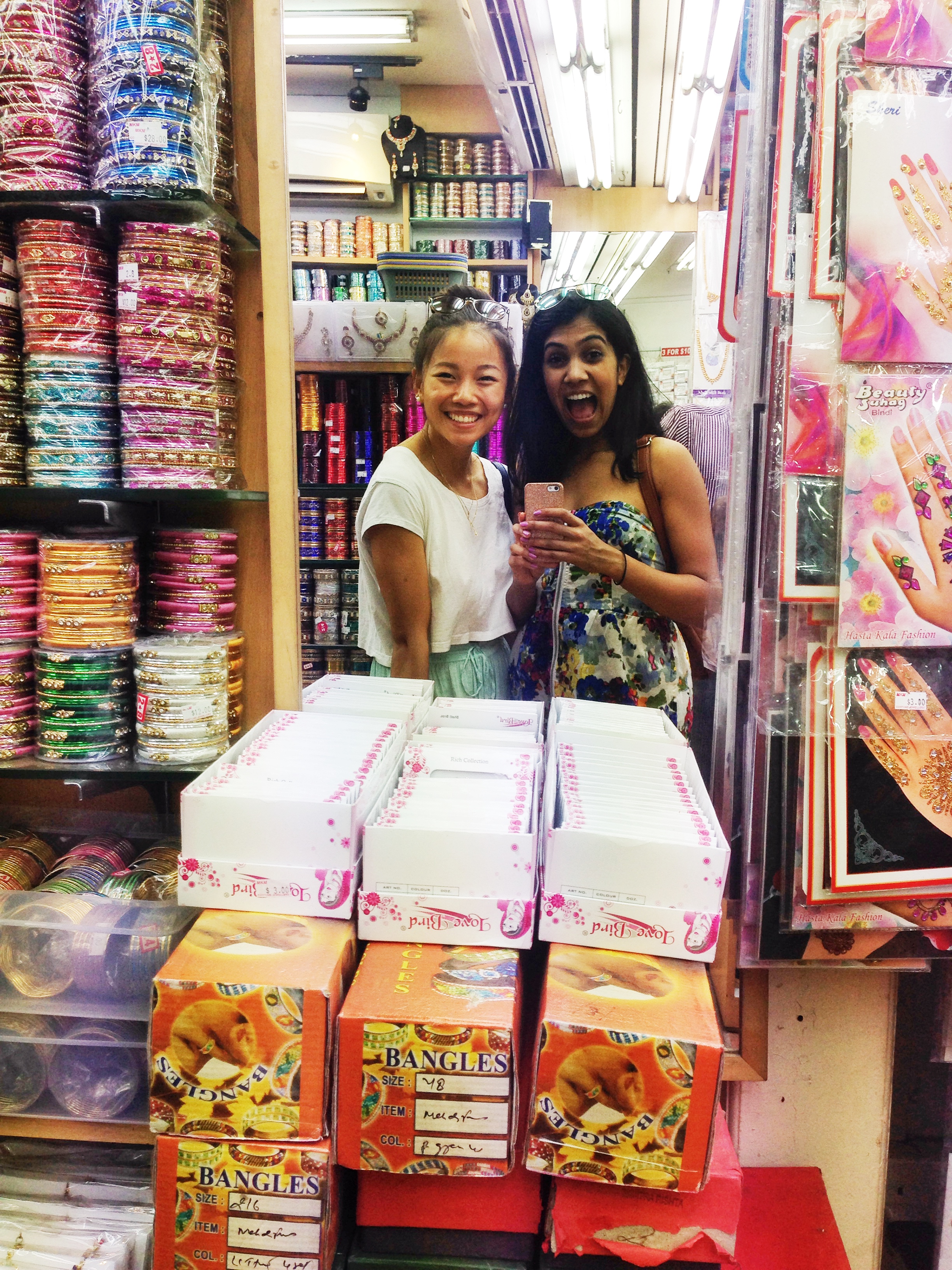 Overall, I’d have to say Little India was definitely one of my favourites. The experience was heightened by the good company of a close friend and great conversations about our goals, values and reflecting and appreciating our time abroad so far. To be honest, through any experience in life, regardless of if you’re abroad studying or not, I’ve learned that experiences shared with others are so much more meaningful. And that sometimes, it’s not necessarily what you’re doing, but who you’re with. Definitely a wise piece of wisdom I’ve learned and I hope you can use it too!

So that’s been Singapore in the smallest nutshell I could fit it in so far. But, get excited for my next blog post, where you’ll hear about my first trip outside of Singapore… VIETNAM!! (I may or may not have done some tobogganing… down Sand Dunes!!! (Inner Canadian was SO happy). Stay tuned and I’ll talk to you guys soon!

Read Jasmin’s earlier blogs, From Toronto to Singapore and Settling Into Singapore. 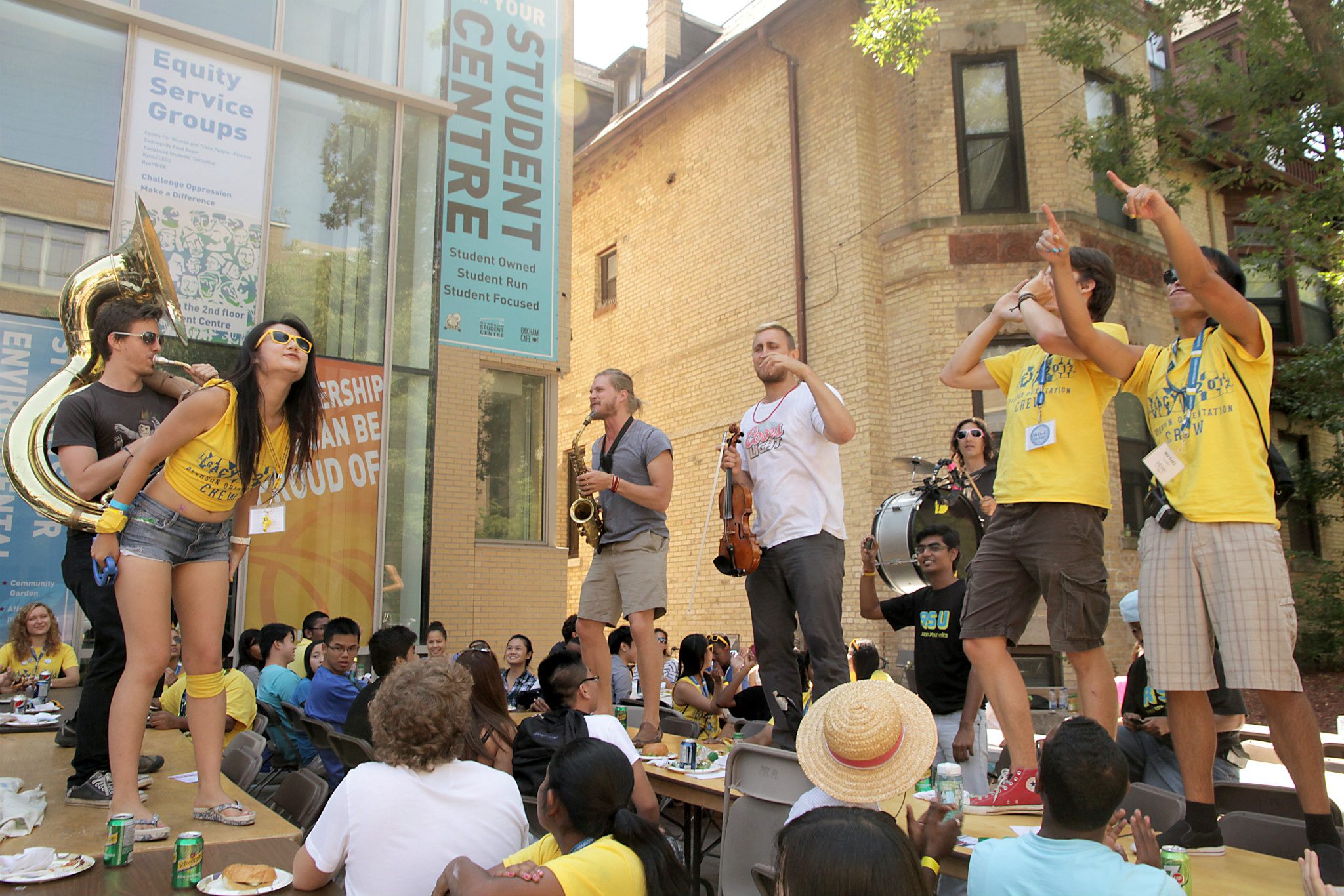 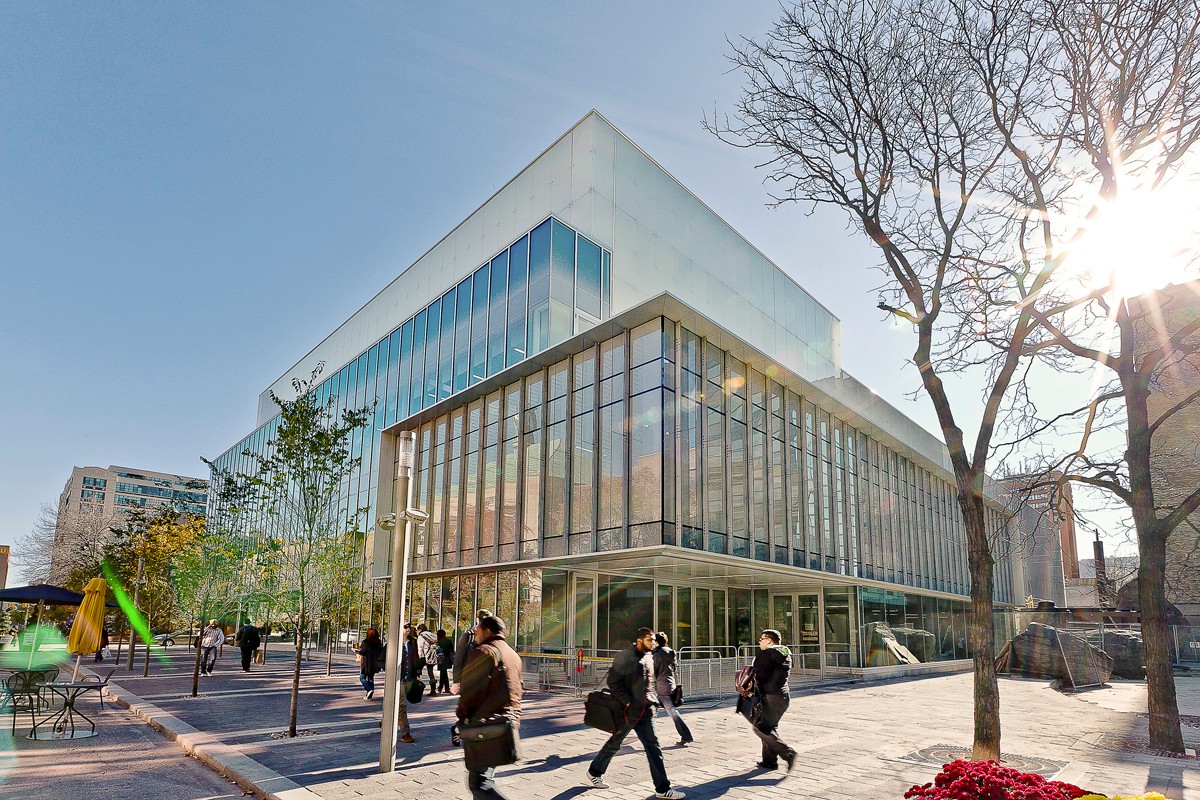 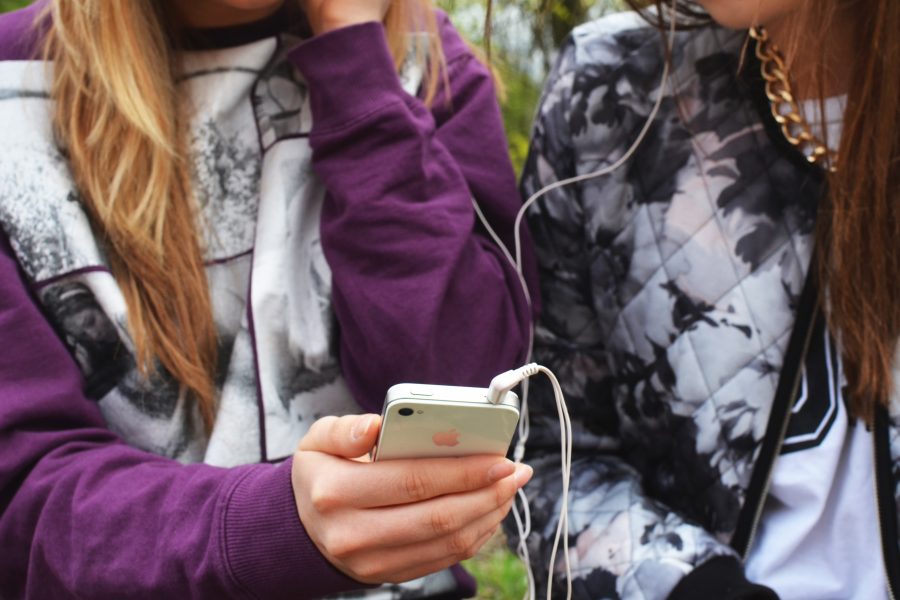 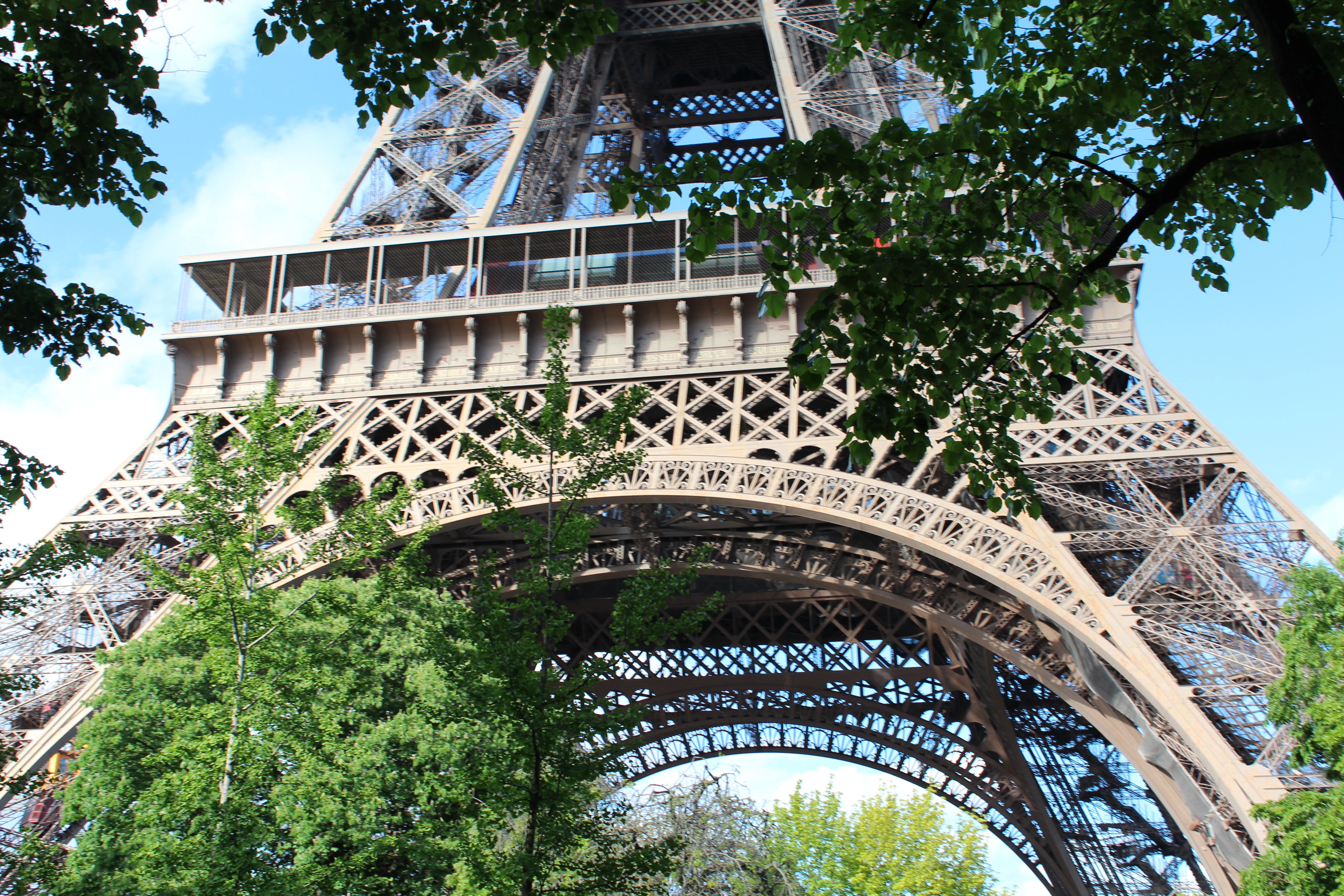 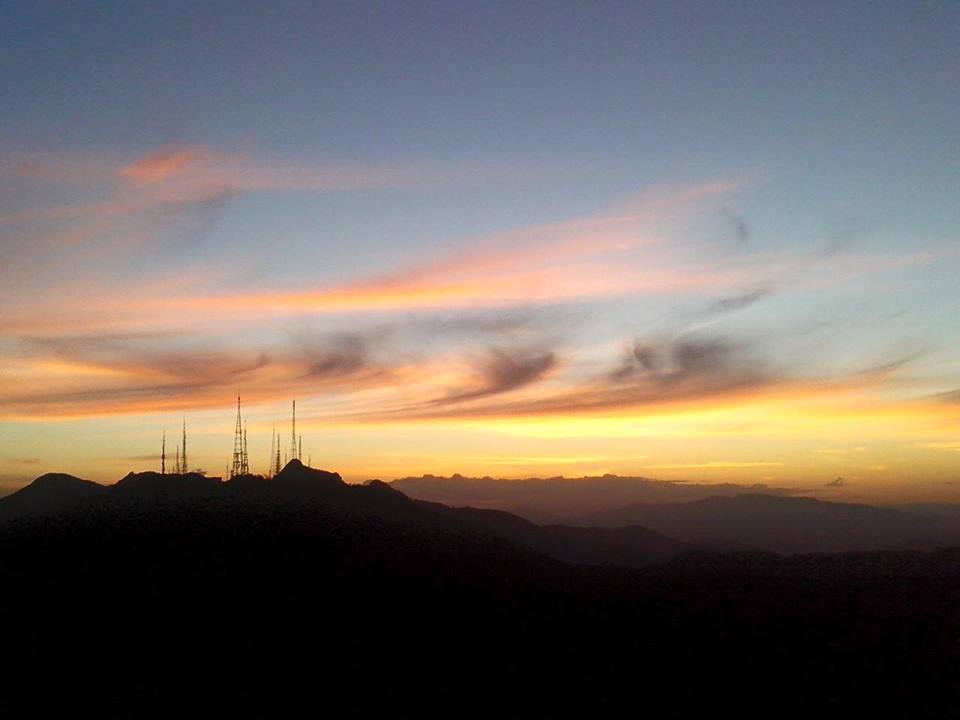