Last Thursday, I attended the School of Creative Industries’ Industry Night. The evening consisted of a speaker panel of eight guests who currently work in Toronto as a creative professional (or professionally within the creative sector). The speakers included:

Each speaker shared a little bit about their story, explained their role, summarized a typical day in their life, and provided some insightful tips to young professionals. Collectively, there appeared to be an underlying pattern in attitude and perspective that streamlined these individuals to reach success. Here are five key takeaways from Industry Night that all creative professionals need to hear: 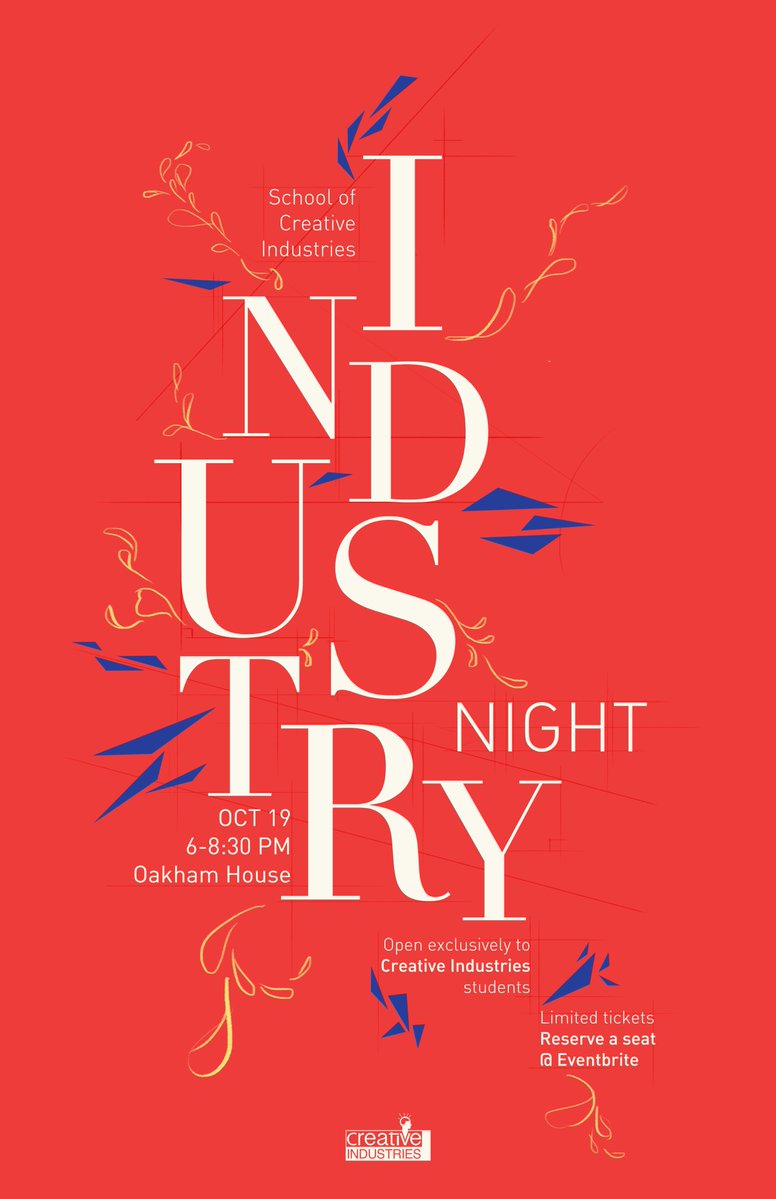 1. Your Career is Not Linear

If you’re a planner, it can be easy to see life as a series of calculated steps: “If I attend university, I will have a degree and land my dream job.” Unfortunately, life is a little more complicated than that. As a student, you’ve probably been asked, “What do you plan on doing when you graduate?” more times than you can count – and if we all had a nickel every time our post-graduation ambitions were put into question, we’d all be able to pay off our tuition by the time we graduate. The truth is your life and career is not linear, and it’s totally okay not to know what comes next.

Keane talked about not knowing what she wanted to study in university. After a trip to New York, she admitted she decided to pursue law after watching a lot of Law and Order episodes. Coming to the realization that law was in fact not what she wanted to do, she interned at a variety of creative organizations. Eventually, she a phone call she was originally going to ignore (thinking it would be collectors) turned out to be an opportunity from an old colleague who had seen her resume.

“I went into the interview and I knew nothing about business affairs,” she shared. “But then they asked me if I had any legal background and I said, ‘Well actually… funny that you ask because it so happens that I do.’”

Keane’s story demonstrates a non-linear journey to where she is today. She reminds us that your career is not linear and that life does not always have a direct route. You may not know where the road will take you, but unless you keep moving, you will never know what opportunities lie ahead.

2. Specialization is the Devil

“Specializing is the Devil,” Sullivan concluded. “You have to be multi-faceted and bring something additional to the table.”

The rest of the panel nodded in agreement.

In today’s creative landscape, being a Jack-or-Jill of all trades is immensely more desirable than specializing. “You can’t just be good at one thing,” Vieira points out. “In my job, I write, fact check, attend shoots, direct, and work with clients. Every day is different.”

Employers are looking for well-rounded, flexible individuals who are capable of taking on various roles. What does this mean as a creative? It means you have to be open to expanding your skills and dabbling in areas that are outside your comfort zone.

3. Network & Be Genuine to Everyone You Meet

As the saying goes, “It’s know what you know, it’s who you know.” Networking can be a daunting and foreign concept to many students hoping to jumpstart their career. Networking can feel rather superficial, but the panel emphasizes that being a kind and genuine person can take you further in your career than any other skill because people want to work with real people. You never know who you will meet that has an opportunity you’ve been looking for; a conversation, a story, or an exchange is all it takes to bridge a connection between two people.

Alsinac shared a comedic story where she completed her degree in Political Science and History at McGill University, only to pursue animation at Sheridan College. She surprised everyone by telling the audience that she became pregnant midway, which lead to a chain of unexpected events. After her husband was diagnosed with schizophrenia, Alsinac found herself scrambling to support her three children alone. She admitted her first major break into the film industry was through an old neighbour whom she delivered blueberry muffins to when he first moved into the neighbourhood. She explained, “He asked me if I had any experience in production and I said yes. I went in for an interview, but he told me they already hired a producer. I told him, ‘Look I need a job and I am qualified.’ He said there was a director position open so I told him, ‘I’ll take it!’ On the first day of set I remember thinking, ‘Please no one ask me what work I’ve done.’ Of course, the first person I meet goes, ‘So what work have you done in the past?’”

Being someone people can envision working with is important. A positive attitude is far more sought after than a skill that can be taught.

Quinlan talks about going to shows and being “that person” who stood in the back waiting for performers to finish up so that he could talk to them. He mentioned his life was mainly staying out til 4am and jetting off to New York by 9am to attend meetings with professionals, all the while mitigating a hangover. Part of being in the industry is loving the grind. With time being an important factor, there is no time to waste.

The creative process is a grind. It takes time, energy, and most importantly dedication to keep up. Having that drive to push forward and continuously put yourself out there is all part of the creative hustle.

Similar to your career not being linear, you have to prepare for the unexpected. Setbacks are inevitable, but not the end all be all. A few of the speakers spoke about being underpaid, working odd jobs to make ends meet, being fired, being unsure, and so on and so forth to get to where they are today. Being able to re-evaluate a situation, not dwelling on the hiccups, and moving forward is extremely important. You have to learn to accept rejection and criticism, and use that critique to build backbone.

Sally, for example, moved to Nunavut to host a global TV Travel Series and Morning Radio Show. She detailed her Friday nights spent “visiting the local dump to see polar bears.” Sally eventually moved back to Toronto and used her experience to leverage her career opportunities. While moving to Nunavut may have not been her first choice, embarking a career in Creative Communication was so she sacrificed location for a desirable position.

Did you find these takeaway helpful? Which ones will you be apply in your own creative work? Tweet @RUStudentLife and @RyersonCreative to share your best creative tip. 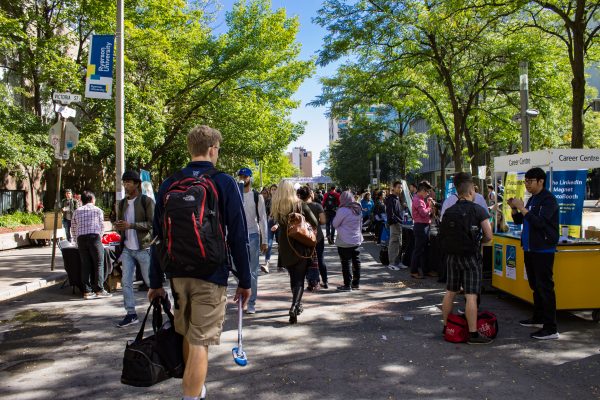 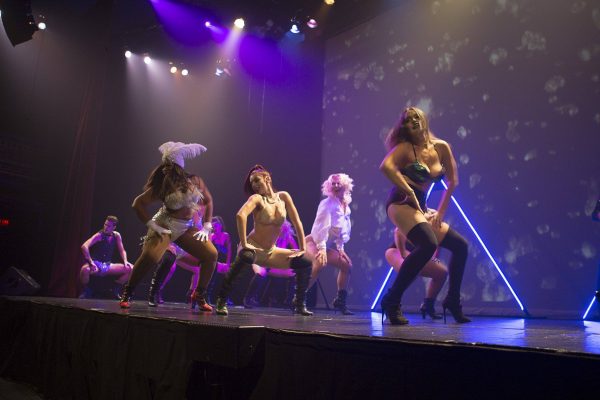 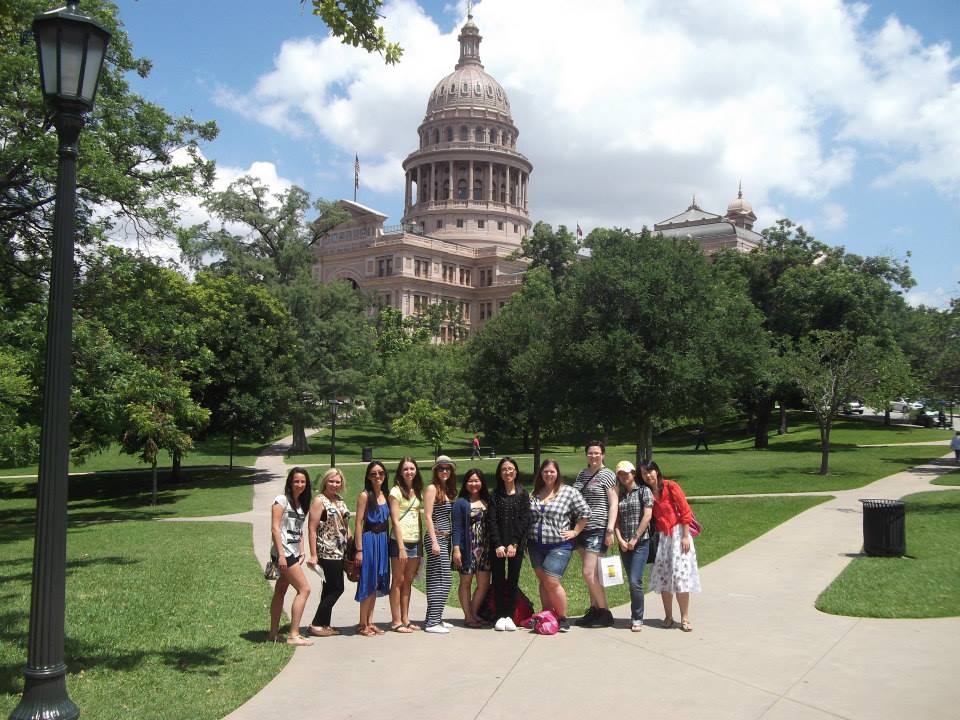 “When Am I Ever Going to Use This?”: Applying Your Studies Beyond the Classroom 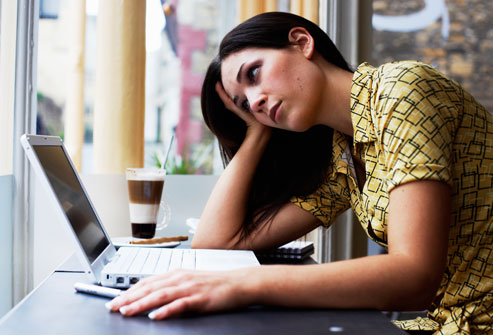 The Solution to Summer Boredom: Volunteering