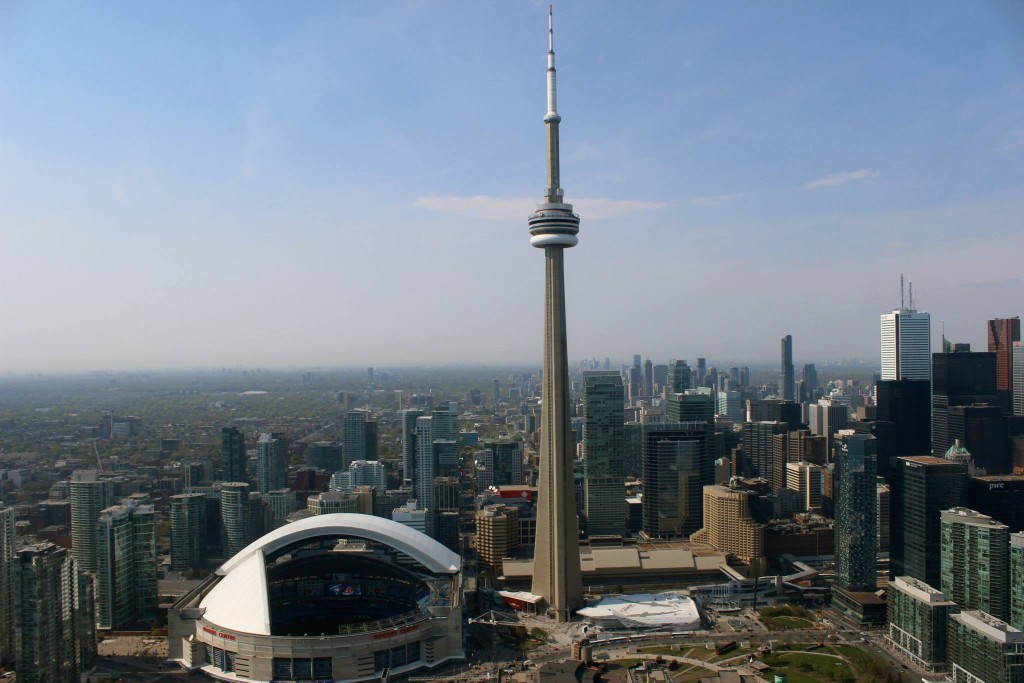 It’s very simple. Stay to the right if you want to stand on the step and be escalated to the upper level and leave the left side clear for people who want to walk (or run!) up the escalator. These formalities may not seem relevant to those who come from towns with escalator-less local malls, but, in this city, nothing stings more than a sharp “excuse me” from a Torontonian with somewhere to be. Don’t be a human speed bump. Someday, you too will be in a hurry and roaring up a moving staircase will make complete sense. Trust me.

In my hometown, if someone initiates a conversation, you would be rude not to stop and listen. Especially because there is a good chance the man trying to sell you a gym membership outside of the grocery store on Main Street went to high school with your mailman, who is married to your cousin, who will tell your aunt, who will call your mom and let her know that you were mean to John Smith from LA Fitness. Needless to say, Toronto differs from a small community.

If you’re anything like myself and you have a perpetual fear of getting in trouble/hurting people’s feelings, (A.K.A. being sent to the principal’s office of life,) the art of “no” can be quite difficult to master. “Want a flyer?” “Do you have time to talk about ____?” “Are you interested in ____?” “Would you like to take a brief survey about ____?” … Unless, of course, you actually want to, you are allowed to say no. The truth of the matter is, in Toronto, if you stop for every single person who tries to start a conversation with you en route, you will likely not make it to your destination on time. Now, I’m not saying you should be disrespectful to people – a simple “No, thanks!” or “Sorry, I’m in a rush.” will suffice – but, don’t feel obligated to hear them out every single time.

3. Be prepared to accidentally walk onto a set

As a Ryerson student living in the city, you can wake up every morning feeling like a super star and strut down the street like you’re headed to the set of a movie… because you just might be. Toronto is Canada’s leading centre for music, theatre, film and television production and is only behind Los Angeles and Manhattan when it comes to motion picture shoots.

Many of these star-studded affairs happen right in our back yard!

For example, Toronto International Film Festival events are hosted at the Ryerson Theatre during the first week of school. Who knows? You just might bump into Wayne Gretzky strolling through Kerr Hall! If you want to see more shots of A-listers with Ryerson students during last year’s festival, we captured it all using #RUFamous. Take a look, stay tuned and be sure to tag us in any celeb selfies you score during TIFF 2015, happening September 10-20.

Likewise, you may unknowingly stumble onto the set of a Hollywood blockbuster or be an extra in an episode of your favourite series in between classes.

Just last week, the Batmobile rolled onto campus during the filming of Suicide Squad taking place right next to the Ryerson Student Learning Centre.

4. Learn to take under and above ground paths

If you didn’t know already, Torontonians walk more than they ride. (By the end of my first semester, I had forgotten what it was like to drive in a car.) Rain, shine or severe blizzard conditions, the city doesn’t stop and you have no choice but to get to where you need to be. While there is no way to hide from torrential downpour or snowfall, you can avoid the weather for at least a little while on your commute by taking above or under ground tunnels and bridges. Need to get from RCC to the SLC without getting your hair wet? There’s a path for that!

Side note: Say goodbye to snow-days. If you’re used to frequent school closures during the winter, honey, you’ve got a big storm comin’ – and you will still be expected to trudge through it to attend school and/or work.

Speaking of Torontonian transportation, always account for more travel time then you think you’ll need. “There was a delay on the TTC,” is the most commonly heard excuse in this city. Although it’s usually true, having to say it can be avoided by giving yourself an extra 10-15 minutes to get to your desired location. In the same way, during your first few months (or longer) here, you will get lost, you will unintentionally take the super-mega-ultra long way…  and that is alright. Eventually, you will be able to navigate this city like a native. Just remember, we’ve all been there. We’ve all hopped on the wrong train, we’ve all gone astray in the Eaton Centre and we’ve all spent 2.5 hours looking for a burrito place on Spadina only to find out it’s been closed down for years. (Just me? Oh.)

6. Look for dogs in coats and booties

Toronto is home to some of the most architecturally, historically and culturally renowned sceneries in the entire world. From the Distillery District to the Harbour Front, there is no shortage of beauty in The Six; however, in my opinion, there is no city sight more glorious than a dog in a coat and booties. Only visible during the winter months, puppies protect themselves from the elements just like we do – by wearing jackets and goulashes. Escorted by their owners, they step out onto the street in style, rocking custom frocks and paw protectors. It may not seem noteworthy, but amidst the annual case of “Winter Blues”, taking joy in these bundled up pups can temporarily lift you from your seasonal slump. For a moment, the snow stops, the sun shines and the wind no longer hurts your face. (Well maybe not really, but at least you just saw a super cute dog.)

Think we missed something? What does being a Torontonian mean to YOU? Tell us what your city must-knows are using #RUDowntown.

Julianna Garofalo
Julianna is in her final year of study at Ryerson's School of Journalism. As well, she is a Digital Marketing Assistant for RU Student Life, the university's leading student-run social network. At 20-years-old, she is undecided and open-minded about which career path she’d like to pursue. As a firm believer that the soul of a good writer is a good reader, Julianna strives to tell stories that inspire others to take ownership of the skill and seek to improve upon it with their own ideas. She also loves cats, Taylor Swift and those cookies with the red jelly stuff in the centre.