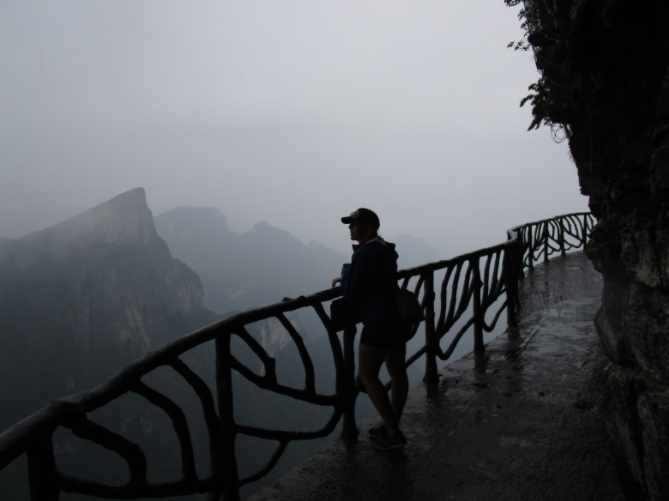 It is that time of year – summer break, end of exams, graduation… And many people I know are finally making their first steps into the world of travel. I am currently in China, and playing out my 4th trip to Asia and my 3rd one partially-solo. Though I see myself as a well travelled person for my age, I still am always learning new things about my identity as a traveller and every year it has evolved.  My character has changed a lot since I started, and yet there are some things I wish I understood earlier in my travels that no one said to me – an ignorant, self-involved, liberal University student.  Here they are:

It’s Not About You

One thing I wish I was told before my first trip is that travelling does not mean that the world becomes about you – because it is not about you. The world will continue to operate just as it did before, during and after you travel.  For me, I had a, “the world is your oyster” and, “the world is out there waiting for you” mentality.  I wish instead someone said, “It’s going to be wild, brace yourself, you got this”.  It sounds harsh but you are not as big of a deal as you think you are, and that isn’t a bad thing. Things will happen that won’t make sense, be sudden and confusing, but whatever it is, it is not a result of you being there. Be humble, don’t be entitled, listen more than you speak – and in my experience, your travels will be far more meaningful.

Don’t Lie to Yourself

Give new things an honest try, but it is okay to dislike some things – don’t lie to yourself. It has happened to me a few times when I am travelling alone or in groups when I do something or go somewhere that makes be sickly uncomfortable, but I tell my friends and family that I am having a great time so as to make them think that I am great where I am.  That, or I’ll post to Instagram a cool photo with a caption expressing my love for the place. By doing stuff like this, especially when you are alone, it suppresses your actual feelings which can build and make things like culture shock much worse.  Open a dialogue about it and be honest.  Part of the reason we travel is to push ourselves out of our comfort zone, but that doesn’t mean you need to lie and make it seem like getting food sickness from Momo soup in Kathmandu changed your life for the better.  This considered, don’t outright hate things if you haven’t given them a chance – develop your own opinions based on your experiences.  Your friends may have different opinions, but you are there to explore your own character, not agree with everyone else.

Be An Ethical Tourist

This is a big one for me.  Ethical tourism can vary from person to person.  Generally speaking, unethical tourism contributes to industries and practices that harm local life (culture, economy, customs, etc.) In the long term or the short.  Two of the biggest things I wish I was told are about animal tourism and haggling. When it comes to animal tourism, I say don’t do it for any reason (yes even for an Insta pic that will get a lot of likes). In Thailand, for example, many tourists ride elephants and visit tiger temples which are very popular for people our age.  I rode an elephant and it was one of my most regrettable experiences. I participated in and perpetuated in an abusive industry in the name of tourism. Even more, I justified it by reassuring myself that it was just once to say that I did it.  By all means you can do it, just do your research and understand what you are contributing to. The second big thing that I wish someone told me about was haggling.  Don’t get me wrong, in Asia you need to haggle, it is even game-like fun sometimes.  Just be reasonable and don’t try and make a local business owner go down in price from something that is $2 CAD.  You have probably spent more on an Uber because you were too lazy to walk a block and that business owner probably needs the money more than you. Travelling will expose you to contradicting and conflicting ethical norms and while you should respect the host culture, you also need to make a choice to uphold your own ethics.  As a tourist, you should at least understand your footprint and make informed decisions.

I think recently the word privilege has been thrown around in a lot of different contexts that often land on a negative connotation.  Privilege is not necessarily a bad thing if you use it to do positive things, but what I wish someone told me before I started travelling is that the kind of privileges you will experience often exceed the superficial ones we experience day to day.  I am a foreigner, I am physically healthy and I am also an educated female.  In Canada I am surrounded by my very like-minded, ambitious and smart friends and I’ve never considered the possibility of never having gone to university or going to grad school.  The odds aren’t stacked up against me; but for so many, they are and that changes the opportunities people have access to. Don’t make judgements about what other people’s lives are like or assume there’s only one way to live.

Travelling Does Not Make You Better Than Others

I am admittedly guilty of thinking that because I went travelling before all of my friends that I was “cultured” and therefore wise and mature.  Grasping for attention, I flaunted my time in Asia as something that made my opinion on things more justified.  Don’t be me, no one likes that person.  The thing that travelling does is open doors for you to inhale the magnitude of experiential knowledge the world has to offer (profound, I know).  Thinking of how you can use your experience to one-up someone is like listening to someone for the purposes of arguing back as opposed to just listening to understand.  Bragging and boasting has it’s place – maybe a resume – but try not to confuse pride and excitement with arrogance in your accomplishments.

In the end, I don’t want any of this to be perceived as an attack on the way and the means people travel – there is no right or wrong way.  All I want to say is that your ability to interpret the perpetually changing, wicked, confusing, and amazing character of the world will develop your own, as it has mine.

Nicole Hack
I am a 4th year student in the school of Creative Industries at Ryerson. My favorite narrative genre is science fiction, my favorite place traveled is Nepal, and am in love with noodles in it's many shapes, flavors and forms.